Ukrainian forces have launched a full-scale military operation against pro-Russia separatists in the east, hours after a ceasefire ended.

A government spokesperson says attack aircraft and heavy artillery have been deployed against areas near Donetsk where there is a concentration of rebel forces. Rebel bases and strongholds were under attack from aircraft and artillery, officials said. 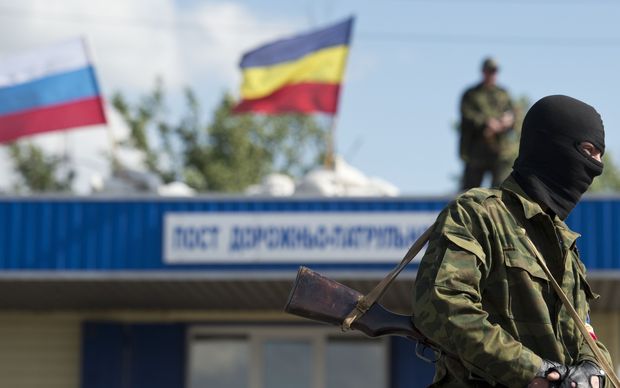 Pro-Russia separatists have been manning checkpoints in Mykhailivka on the road between Lugansk and Donetsk. Photo: AFP

The 10-day ceasefire ended on Monday evening, with President Petro Poroshenko saying "criminal elements" had thwarted the chance for peace.

Western leaders and Russia had urged him to prolong the truce, the BBC reports.

Ukraine's parliament speaker Oleksander Turchynov told MPs on Tuesday: "I can inform you that in the morning the active phase of the anti-terrorist operation was renewed. Our armed forces are carrying out strikes on terrorist bases and checkpoints."

Mr Poroshenko went on television on Monday night saying: "We will attack, we will free our land."

He had come under pressure from protesters in Kiev who urged a renewal of the operation against the separatists.

Russia's foreign ministry on Tuesday said it regretted Mr Poroshenko's decision not to extend the truce, condemning what it termed "criminal" calls to crack down on the separatists.

Both sides accused each other of violating the truce, during which frequent clashes were reported.