Iraq's most influential Shia cleric has called for a prime minister to be appointed before Tuesday in a bid to defuse the country's political crisis.

Grand Ayatollah Sistani said that key positions should be agreed before the new parliament meets on Tuesday.

Pressure has been building both inside and outside Iraq for a national unity government but political blocs have been unable to reach a deal.

The BBC reports large parts of Iraq were seized by Sunni militants earlier this month. 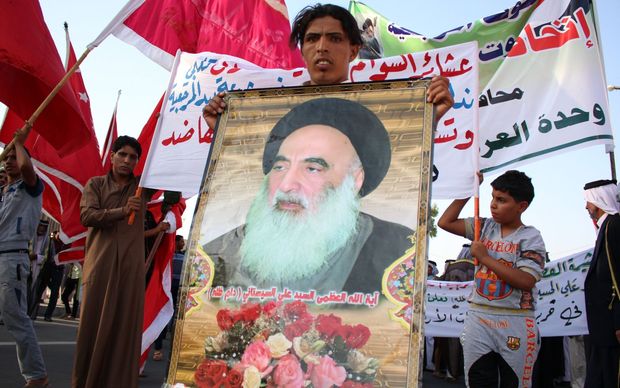 Mr Sistani, who was born in Iran, relayed the message to his followers through a Friday sermon delivered by a spokesman.

He called for political parties, including the State of Law Coalition of current prime minister Nouri Al-Maliki, to also appoint a new speaker and president for the country.

"What is required of the political blocs is to agree on the three presidencies within the remaining days to this date," the sermon said.

At the moment, there is no agreement on who should lead the new government, or fill the other top jobs. After the 2010 elections, it took nine months for the political blocs to reach agreement.

Now, the Ayatolah's asking them to do it in just three days. The key question is who will be the new prime minister.

Nouri al-Maliki is insisting on a third term. His coalition came out first in the April election, but far short of having a majority.

But his potential partners are few. He's seen by many as having precipitated the crisis, by monopolising power and marginalising the Sunnis.

There are plenty of other potential candidates among the Shia parties, who as the overall majority have the right to choose a nominee.

Left to their own devices the blocs could have haggled on for months, leaving Mr Maliki in power.

But the Ayatollah's intervention greatly increases the pressure for a speedy solution, indicating that both he, and perhaps Iran, which is immensely influential among the Shia, believe the level of threat requires immediate action, and probably the removal of Mr Maliki.