The Iraqi Prime Minister, Nouri Kamil al-Maliki, has said he is pleased Syrian fighter jets are bombing Sunni insurgent positions on the border with Syria.

Mr Maliki said Iraq had not requested the strikes but that it "welcomed" them.

"They carry out their strikes and we carry out ours and the final winners are our two countries," he said. 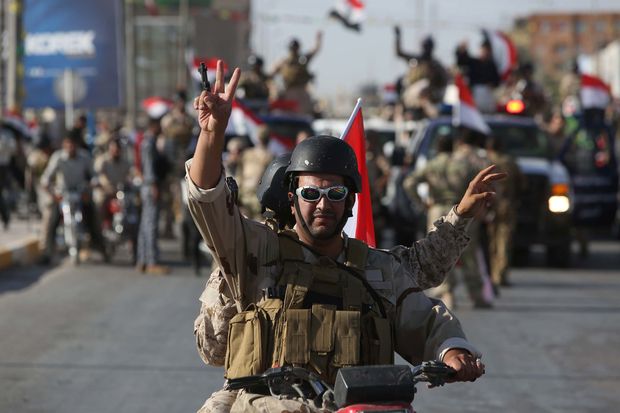 Members of the Al-Abbas brigades, aligned with the Iraqi government, parade in Karbala. Photo: AFP

Military and rebel sources said the strikes took place inside Iraq, at the Qaim crossing, although Mr Maliki said they were carried out on the Syrian side.

Militant sources have been reporting for two days that Syrian jets hit the Iraqi side of Qaim, and also Rutba which is further inside Iraq.

The militants said 70 people were killed in the first attack and 20 in the second.

The latest reports from Iraq say government special forces have landed in helicopters near the city of Tikrit, which is under the control of Sunni insurgents.

There are reports of fighting around the university compound where the helicopters are said to have landed.

In Baghdad, a bomb has hit a Shia neighbourhood, killing at least eight people.

In another development Mr Maliki has told the BBC that he hoped jets from Russia and Belarus will turn the tide against rebels in the coming days.

"God willing within one week this force will be effective and will destroy the terrorists' dens," he said.

He said that the process of buying jets from the United States had been "long-winded" and that the militants' advance could have been avoided if air cover had been in place.

The Islamic State in Iraq and Syria (ISIS) and its allies seized large parts of Iraq earlier this month, and the government has struggled to hold back their advance. 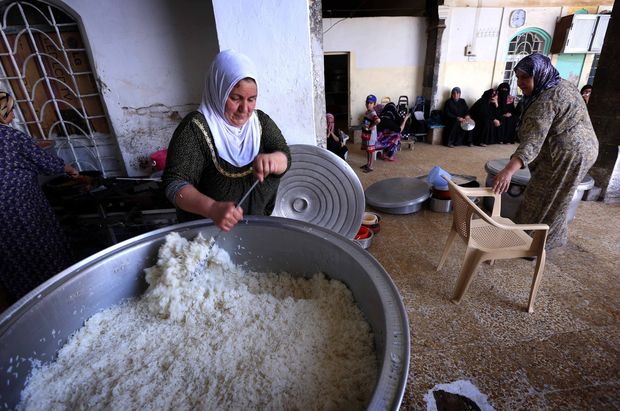 Iraqi Kurdish women at a mosque in Arbil cook food for families who fled violence in the the northern province of Nineveh. Photo: AFP

The US, which backs the Iraqi government, has stressed that the militants can only be defeated by Iraq's own forces.

Mr Maliki said Iraq was acquiring second-hand jet fighters from Russia and Belarus "that should arrive in Iraq in two or three days".

Iraq has also been receiving support from Iran, with whom its Shia Muslim leaders have close links.