Uruguayan footballer Luis Suarez has been given the biggest ban in World Cup history for biting an Italian opponent in Tuesday's group match. 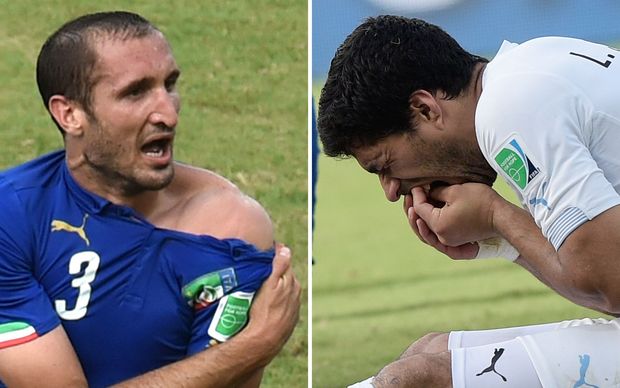 The suspension ends the 27-year-old South American star's involvement at the World Cup.

It is the third time Suarez had been banned for biting an opponent after a previous case while at Ajax in 2010 and last year playing for Liverpool when he bit the arm of Chelsea's Branislav Ivanovic.

His English premier league club Liverpool will take time considering his future with them, and were making make no further comment until they had reviewed the Fifa Disciplinary Committee report of the incident.

Adidas stopped short of ending its sponsorship deal with Suarez, though the German sportswear firm said it would not use him in any further World Cup marketing.

AUF president Wilmar Valdez called the punishment "totally exaggerated" and said the appeal would be lodged on Thursday.