Former News of the World editor Andy Coulson has been found guilty of plotting to hack phones and his predecessor Rebekah Brooks cleared of all charges in Britain's long-running trial.

The jury at the Old Bailey in London delivered their verdicts on Tuesday after eight days of deliberations and nearly six months of evidence sparked by the scandal that led to News Corp boss Rupert Murdoch shutting down the tabloid in July 2011. 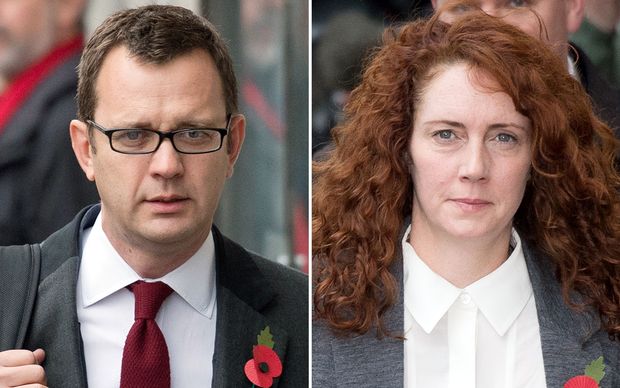 Andy Coulson was found guilty of conspiring to hack phones and Rebekah Brooks was cleared of all charges. Photo: AFP

Rupert Murdoch confidante Rebekah Brooks, Coulson's former lover and colleague, will walk free after being cleared of conspiring to intercept mobile phone voicemails and of plotting to pay officials for information.

Mr Murdoch is expected to face questions from Scotland Yard as investigators probe further into phone hacking at the paper. Britain's Guardian newspaper reports that police are seeking an interview with the media magnate.

Royals, celebrities and victims of crime were among those whose phones were hacked by the News of the World.

The case centred on News of the World's efforts to hack the phones of Britain's royal family, politicians, celebrities and victims of crime, and families of people killed in the 7 July 2005 London bombings, AFP reports.

The paper was closed by its parent company after it emerged that it had instructed a private investigator to intercept voicemails left on the mobile phone of murdered Surrey teenager Milly Dowler in 2002.

The case also raised questions about the judgment of Mr Cameron in hiring Coulson, who resigned as editor of the News of the World in 2007 after two people were convicted of phone-hacking.

The hacking scandal also prompted a judge-led inquiry into the ethics of Britain's press, which made recommendations for reforming the way it is governed. They are yet to be put into force.

Ms Brooks' current husband Charlie, a racehorse trainer, and News International director of security Mark Hanna were cleared at the Old Bailey on Tuesday conspiracy to pervert the course of justice. 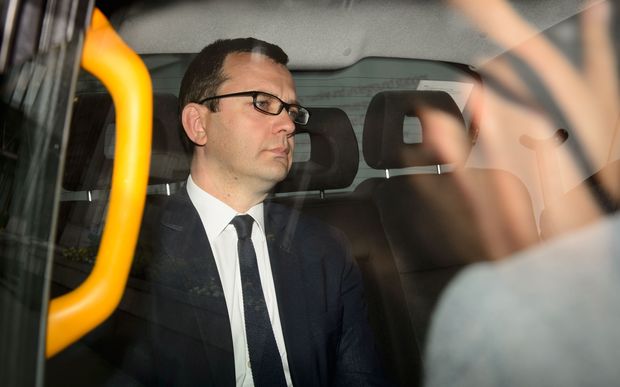 Revelations that the News of the World had accessed the mobile phone voice mail of Milly Dowler shocked Britain, and played a part in Rupert Murdoch's decision to close the tabloid.

Mark Lewis is the lawyer for the family of the murdered teenager and acted for other victims of phone hacking by the tabloid. He told Radio New Zealand's Nine to Noon programme on Wednesday the case raised questions about the relationship between police, politicians and the press in Britain.