Sunni rebels in Iraq said on Monday they have fully captured the country's main oil refinery at Baiji, north of the capital Baghdad.

The refinery had been under siege for 10 days with the militant offensive being repulsed several times. It supplies a third of Iraq's refined fuel and the battle has already led to petrol rationing. 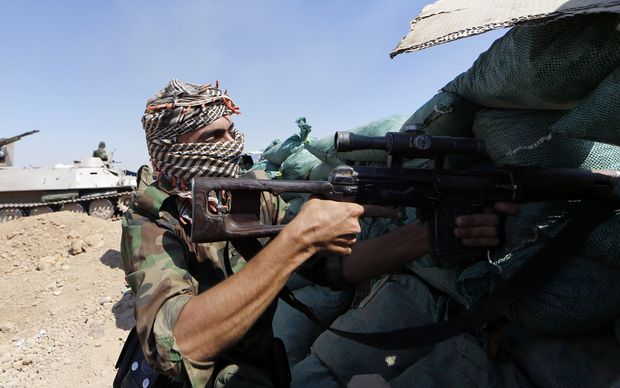 Insurgents led by the group Islamic State in Iraq and Syria (ISIS) have overrun a swathe of territory north and west of Baghdad including Iraq's second-biggest city, Mosul. They are bearing down on a vital dam near Haditha and have captured all border crossings to Syria and Jordan, the BBC reports.

A rebel spokesman said the Baiji refinery, in Salahuddin province, would now be handed over to local tribes to administer. The spokesman said that the advance towards Baghdad would continue.

The capture of the refinery is essential if the rebels are to keep control of the areas they have conquered and to supply Mosul with energy, the BBC reports.

Earlier, U Secretary of State John Kerry vowed "intense and sustained support" for Iraq after meeting key politicians in the capital, Baghdad. He said attacks by ISIS were a threat to Iraq's existence, and the next days and weeks would be critical.

Speaking at the US embassy, he said US support would "allow Iraqi security forces to confront [ISIS] more effectively and in a way that respects Iraq's sovereignty".

"The support will be intense, sustained, and if Iraq's leaders take the steps needed to bring the country together it will be effective."