Luis Suarez emerged from a month of treatment on his injured knee to score both goals for Uruguay. 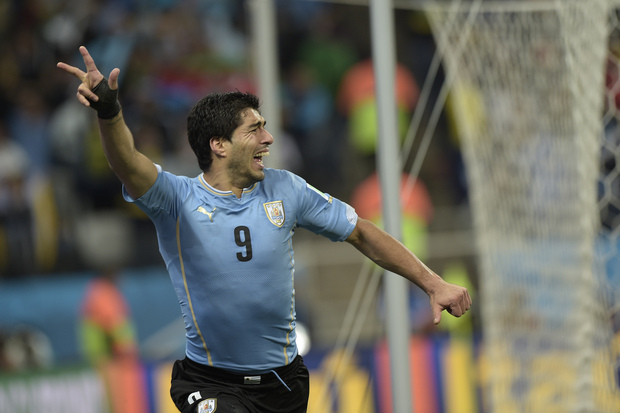 Wayne Rooney hit the bar with a header in the first half but England looked badly off the pace, Reuters reports. The same loose marking that cost England dear against Italy in their first match allowed Suarez space to nod home Edinson Cavani's chipped cross after 39 minutes.

England equalised in the 75th minute when Rooney touched in a low Glen Johnson cross for his first-ever World Cup goal.

But Suarez - the scourge of Premier League defences all season - lashed in the winner in the 85th minute after England failed to deal with a length-of-the field punt by goalkeeper Fernando Muslera.

Uruguay join Italy and Costa Rica, who meet in Recife on Friday, on 3 points with England on zero after two defeats.