Netherlands moved to the brink of securing a place in the last 16 of the 2014 Fifa World Cup as Memphis Depay gave them victory over Australia.

Arjen Robben angled in a shot to put the Dutch ahead, but Tim Cahill soon equalised with a stunning volley, the BBC reported.

Mile Jedinak slotted in a penalty for Australia before Robin van Persie scored to level the match at 2-2. 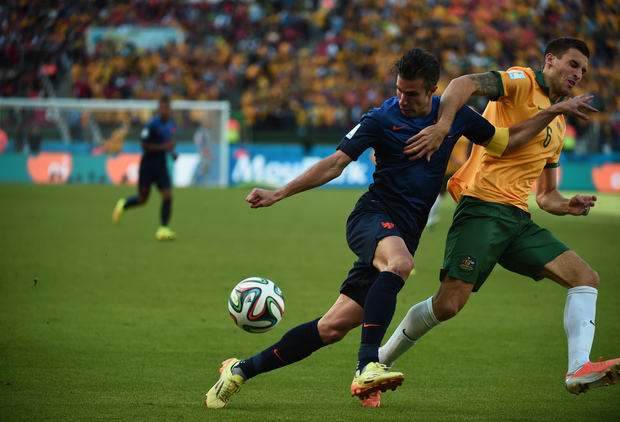 Mathew Leckie then missed a chance for the Socceroos, and Depay sent in a 25-yard shot for the winner.

Netherlands demolished holders Spain in their opening game and, though they came nowhere near those heights, they had enough to overcome a bold Australia at the imposing Estadio Beira-Rio in Port Alegre.

Progress to the last 16 is now virtually secured - and will be guaranteed if Spain fail to beat Chile later.

Having lost to Chile in their first match, Australia's hopes of reaching the next round appear to be over, but their youthful side certainly gave Netherlands a scare.

Socceroos coach Ange Postecoglou said before the game his side intended to attack - and they were true to his words in the opening exchanges.