Iraq is mustering its forces in Samarra, with both the army and armed volunteers preparing to face an advance by ISIS militants who have promised to take the capital Baghdad. 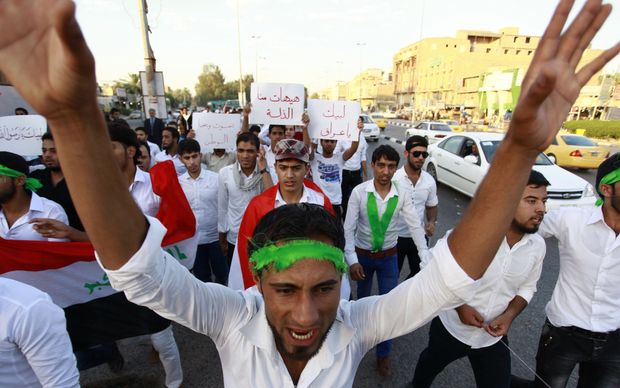 Iraqi men take part in a demonstration to show their support for the call to arms by Shiite cleric Grand Ayatollah Ali al-Sistani. Photo: AFP

The Iraqi Prime Minister Nouri al-Malik met his military commanders in Samarra on Sunday to rally resistance against the Sunni militants from the Islamic State in Iraq and Syria, who were positioned near the city, about 100 km from Baghdad.

In a series of lightning assaults, the militants have already seized large parts of the west and the north of the country including the major cities of Mosul and Tikrit.

However Reuters reports that the offensive by the insurgents seemed to be slowing on Sunday with government forces regaining some territory in counter-attacks, and easing pressure on the Shi'ite-led government in Baghdad.

Thousands of people responded to a call by Iraq's most influential Shi'ite cleric to take up arms and defend the country against the insurgency.

As Iraqi officials spoke of wresting back the initiative against Sunni militants, neighbouring Shi'ite Iran held out the prospect of working with its longtime arch-enemy the United States to help restore security in Iraq.

US President Barack Obama said on Friday he was reviewing military options, short of sending combat troops, to help quell the insurgency, with air strikes a possibility.

The US Defence Secretary is deploying an aircraft carrier into the Gulf in a move which is being seen as preparation for the possible evacuation of American embassy personnel in Baghdad. 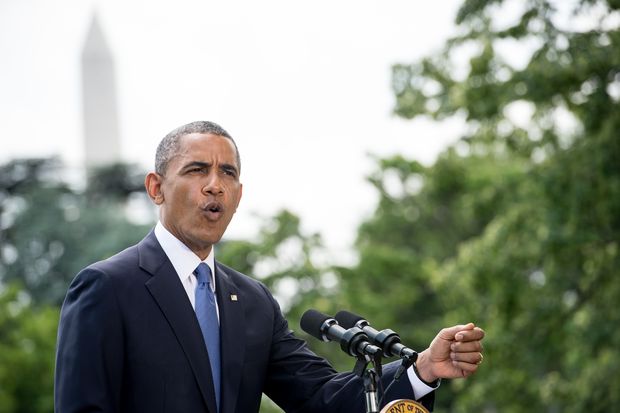 Iran's President Hassan Rouhani says his country is ready to assist the Iraqi government in its battle against the Sunni insurgents but denies Iran has sent troops to fight in Iraq.

However, an Iraqi source has told the BBC that 130 Iranian Revolutionary Guards had entered the country to provide military training and advice.