Iraqi forces clashed with militants advancing on the city of Baquba, just 60km north of Baghdad, as an offensive spearheaded by jihadists drew closer to the capital.

Security forces are said to be battling insurgents on the outskirts of Muqdadiyah, 35km north-east of Baquba, police and army officers said.

The militants have already captured two provincial capitals this week - Tikrit in Salaheddin province and Mosul in Nineveh.

The lightning advance by the militants has allowed Iraqi Kurds to take control of a swathe of disputed territory, including the city of Kirkuk, that Baghdad has long opposed them adding to their autonomous region in the north.

United States President Barack Obama said Washington was examining all the options to help Iraq's security forces resist the offensive, spearheaded by the Islamic State of Iraq and Syria (ISIS). 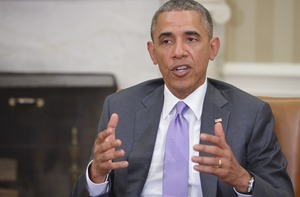 Barack Obama said Iraq was going to need more help from the United States and the international community. Photo: AFP

Mr Obama said the US had an interest in making sure jihadists did not gain a foothold in Iraq.

Iraqi government forces are using air raids to strike back at jihadist fighters in an attempt to halt the advance. The air strikes are said to be targeting positions held by Sunni militants in Tikrit and Mosul.

A parliamentary vote to grant Prime Minister Nouri Maliki emergency powers was delayed earlier after MPs failed to turn up. Just 128 out of the 325 MPs were present for the vote.

Security in Baghdad has been stepped up after a video emerged of the militants threatening to march on the city.

The insurgents also control a large swathe of territory in eastern Syria, amid a campaign to set up a Sunni militant enclave straddling the border.

The UN Security Council has condemned the attacks on Mosul and Tikrit, saying the humanitarian situation around Mosul, where up to 500,000 people have fled, was dire and worsening by the moment.

"The same happened in Kirkuk last night, even before the first shot was fired almost, they deserted," she told Radio New Zealand's Nine to Noon programme. 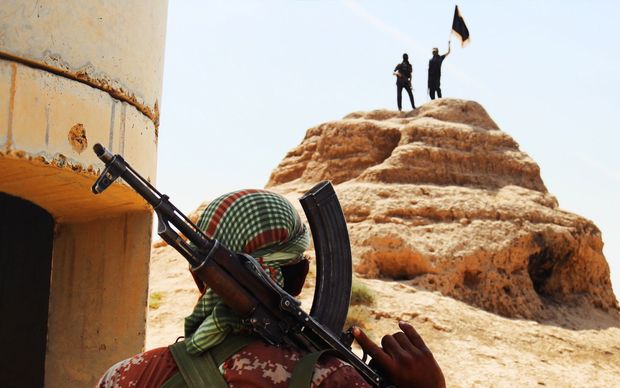