Militants linked to al-Qaeda are pushing towards Baghdad after after capturing a town only 90km to its north, in a lightning three-day offensive the Iraqi government has failed to stop.

The jihadists from the Islamic State of Iraq and Syria (ISIS) have control of several cities in the province of Nineveh including Monday's spectacular assault on Mosul, a city of two million, where as many as 500,000 have fled their homes. They also captured the Turkish consulate in the city, taking dozens of diplomats hostage. 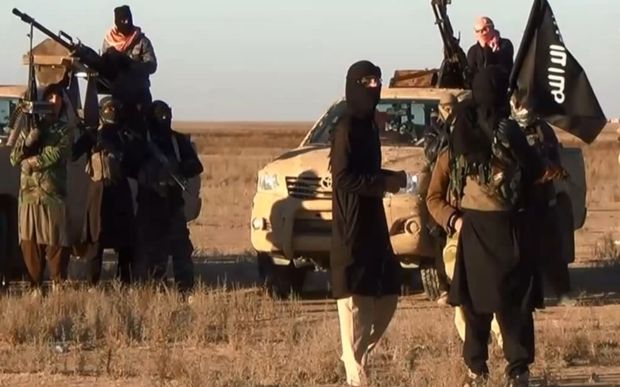 Local officials and witnesses have told Agence France Presse that ISIS fighters have seized the town of Dhuluiyah, 90km from the capital on Thursday and the nearby Muatassam area has also fallen to the Sunni militants.

Spokesperson Abu Mohammed al-Adnani promised that the battle would "rage" on Baghdad and Karbala - a city south-west of the capital considered one of the holiest sites for Shi'ite Muslims, AFP reports.

In an audio released by the Site Intelligence Group, a spokesperson for ISIS calls on his men to keep fighting, saying they have a score to settle and must march on to Baghad.

The militants were repulsed in heavy fighting when they tried to enter Samarra, to the north, bypassing it and heading to Dhuluiyah. State television said security forces responded with air strikes, and residents said the fighting subsided without the militants entering Samarra.

Tikrit - the hometown of executed dictator Saddam Hussein - was the second provincial capital to fall on Wednesday as the jihadists and their allies captured a string of mainly Sunni Arab towns where resentment against the Shi'ite-led government runs deep.

ISIS, which is also known as ISIL, also controls a large swathe of territory in eastern Syria in a campaign to set up a Sunni militant enclave straddling the border. 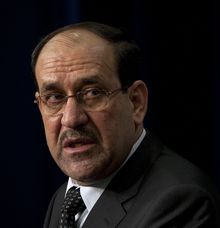 But Mr Maliki warned that the government would fight back against the jihadists and punish those in the security forces who fled, offering little or no resistance.

"We are dealing with the situation. We are not going to allow this to carry on - regardless of the price. We are getting ready, we are are organising."

He urged people in the region not to give up hope. "I would like to tell the people of Nineveh not to give in to the will of these people. We are with you, the State is with you, the army is with you - everyone in Iraq is with you. Even if the battle is a long one, we will not let you down because Iraq is facing a ferocious terrorist campaign."

Iraq's parliament is due to meet under urgency on Thursday to consider a request from the Prime Minister and the president's office to declare a state of emergency.

Meanwhile, Kurdish forces are in full control of Iraq's oil-rich city of Kirkuk after the federal army abandoned its bases there, according to a Kurdish military spokesman.

Kirkuk lies at the heart of a long-running dispute between the federal government in Baghdad and the Kurds, who run their own autonomous region in the north of the country and have an armed force called the peshmerga.

The United States is considering what support it can give, while the United Nations Security Council has condemned the attacks and will hold urgent talks on Thursday. It said the humanitarian situation around Mosul is "dire and is worsening by the moment".

Turkey's foreign minister warned there would be "harsh retaliation" if any of its citizens were harmed. 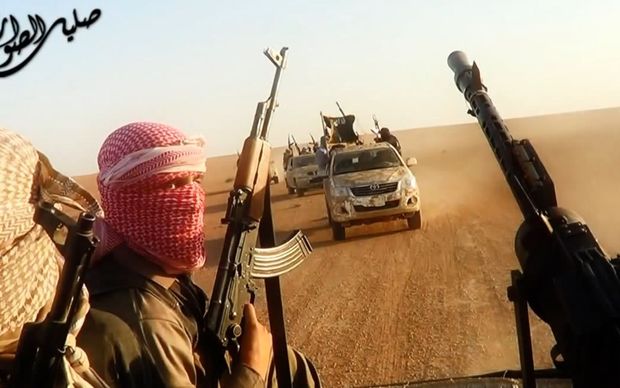 An image from a propaganda video claims to show militant fighters near Tikrit. Photo: AFP / ISIL 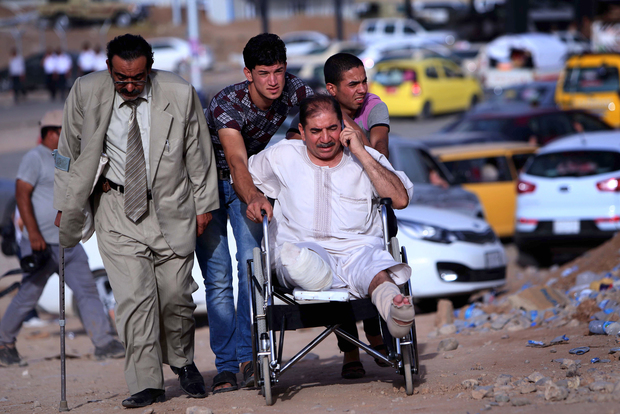