Metro workers in Sao Paulo have voted to stay on strike for an indefinite period, just days before the opening of football's World Cup in Brazil's largest city.

An earlier ruling by a labour court called on them to return to work, saying that the unions had abused their powers. 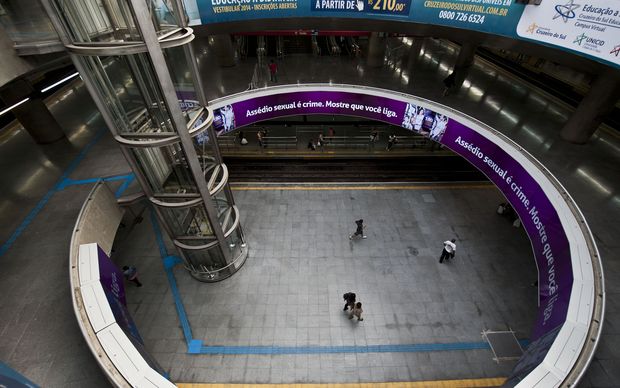 Brazil is to play Croatia in the newly-built Itaquerao stadium, or Arena Corinthians, on Thursday. It is on the outskirts of Sao Paulo and access to the venue without public transport will be a huge challenge for fans and those working at the match, the BBC reports.

The governor of Sao Paulo state Geraldo Alckmin said he would dismiss employees who did not come to work on Monday.

With most metro stations closed since 5 June, the city has experienced major traffic jams. Greater Sao Paolo has a population of about 20 million.

Metro workers are demanding a pay rise of 12.2%; the state-owned company has offered 8.7%.

The court in Sao Paulo said that the metro company had acted "in good faith" and ruled that the workers broke strike rules by not providing a minimum level of service.

At least 70% of trains should have been running during the day, and 100% during the morning and evening rush hours.

A few hours later, the unions held a ballot and decided to carry on with the strike. The two unions negotiating with the company said it would be called off if their demand is met.

"It is not our intention to continue the strike into the World Cup. Our intention is to solve the problem. But that should be the government's aim too," metro workers' union president Altino Prazeres told O Globo newspaper. 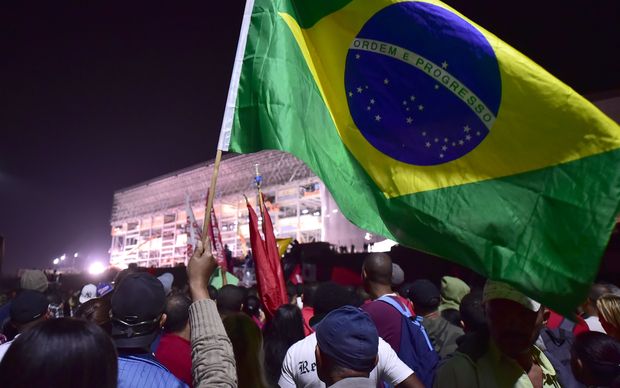 Protesters at a demonstration in Sao Paolo. Photo: AFP