The FBI is investigating threats against the family of Bowe Bergdahl, the American soldier involved in a controversial prisoner exchange with the Taliban.

Sergeant Bergdahl was captured five years ago in Afghanistan and released last week in return for the US freeing five militants from Guantanamo Bay. 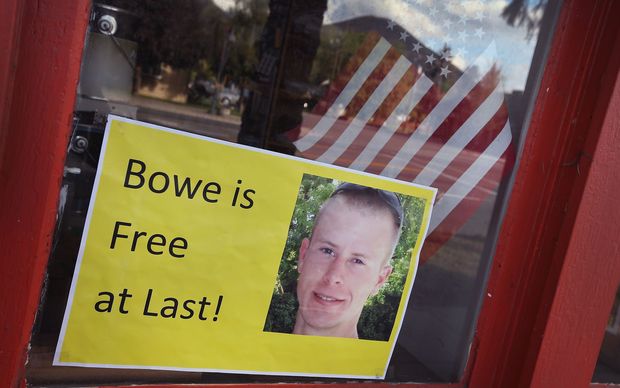 Sgt Bergdahl's family and officials in his home town have been subjected to angry calls and emails. Photo: AFP

The first of the four death threats was sent to Bob Bergdahl - Sgt Bergdahl's father - at his home near Hailey, Idaho, the town's police chief Jeff Gunter told Reuters.

He said that Mr Bergdahl received the first threat on Wednesday, the same day as a rally in Hailey celebrating Sgt Bergdahl's release was cancelled amid controversy over the circumstances of his release.

US opinion is divided as to whether he is a hero or a soldier who endangered his comrades by deserting his post. Police said Sgt Bergdahl's family and friends, and even officials and businesses in his home town, have been subjected to angry calls and emails.

Mr Gunter said the threatening emails were being investigated by the FBI.

The authorities are reported to be providing security to Bob Bergdahl and his wife, Jani, the BBC reports.

The details of Sgt Bergdahl's capture in 2009 remain unclear. Some of the soldier's former comrades say that he fell into Taliban hands after deserting his post in Paktika Province.

Critics of the deal - in which five Taliban prisoners in Guantanamo Bay were released in exchange - have alleged that six US soldiers were killed in the initial efforts to locate the missing man.