Fairfax Media reports the jobs could go as early as Tuesday, as the agency faces forecast losses totalling billions of dollars due to its failing letters business.

It says everyday home delivery of standard-priced mail could also be cut back to two or three times a week, depending on approval to change government regulations.

Finance Minister Mathias Cormann has ruled out selling off Australia Post for now.

AAP reports that while the government had considered a Commission of Audit recommendation to privatise Australia Post, it didn't think the time was right because of the structural challenges facing the agency, he said. 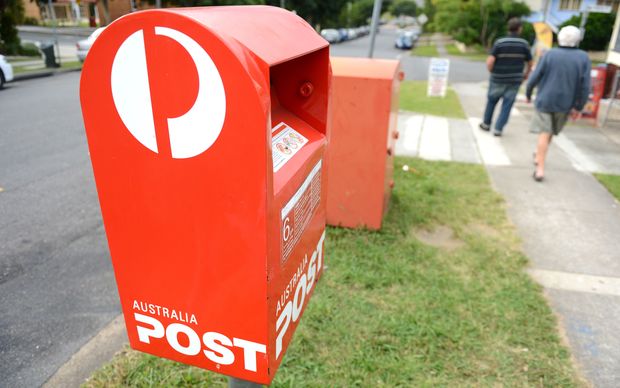 But the Communications, Electrical and Plumbing Union (CEPU) warns the reported jobs cuts and reforms could be a step towards a future sell-off.

"There's obviously a growing fear in the workforce in terms of privatisation and what that will mean in terms of future employment within Australia Post," CEPU Postal and Telecommunications NSW Secretary Jim Metcher told reporters on Sunday.

He said maintaining mail services in remote and regional communities should be a priority, a call echoed by the union.

Australia Post wouldn't confirm the reported cuts but released a statement saying it was "confronting dramatic change due to the impact of declining revenues in our letters service".

Those losses had already overwhelmed the profits in parcels and without reform, the letters services would lose over $1 billion annually in a few years, it said.