Russian President Vladimir Putin and Ukraine's President-elect Petro Poroshenko have called for a speedy halt to bloodshed and military actions in eastern Ukraine. 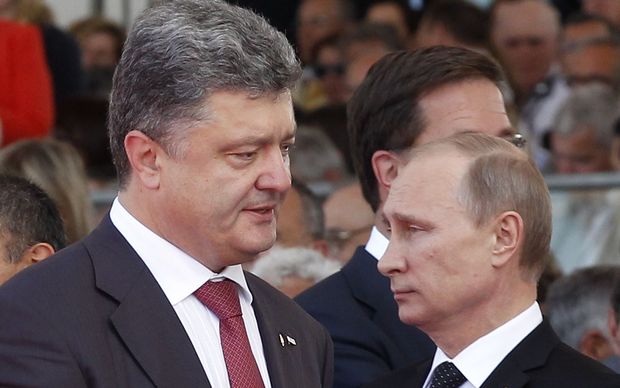 The two leaders met for the first time since Mr Poroshenko's election, at a D-Day commemorative event in France on Saturday.

Mr Putin said an immediate ceasefire was vital to create conditions for talks.

Separately US President Barack Obama spoke to Mr Putin of the need to de-escalate the situation.

The Ukrainian authorities have announced an "active phase" of what they call an anti-terrorist operation in and around Sloviansk, which was seized by pro-Russian militants several weeks ago.

Ukrainian media also reported that one member of the security forces had been killed and several wounded in a mortar attack outside the city.