India's southern state of Andhra Pradesh has formally split in two, with its northern area carved out to create a new state called Telangana.

The move follows prolonged protests by residents of Telangana, who felt the region had long been neglected. 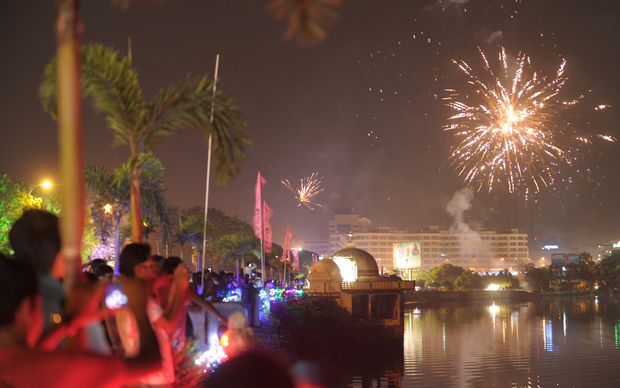 In Hyderabad, supporters celebrate the establishment of Telangana. Photo: AFP 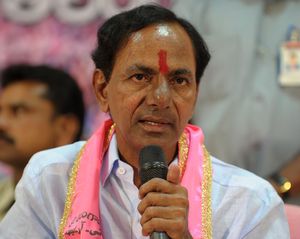 Telangana, officially came into existence at midnight on Monday (local time), and becomes the country's 29th state. With a population of 35 million, it comprises 10 former districts of Andhra Pradesh and the city of Hyderabad.

K Chandrasekhar Rao, of the Telangana Rashtra Samithi party (TRS), which for 14 years spearheaded the movement for separation and will form the new state's first government, has been sworn in as the chief minister for Telangana, the BBC reports.

Hyderabad, which forms the joint capital of the two states for the next 10 years, was covered with pink balloons, banners and flags to mark Telangana's statehood.

"The sacrifice of our people and the youth who led the movement has culminated in the formation of a new state. It is a historic day for us," Krishank, a local student leader, said.

Opponents are unhappy that Hyderabad, which is home to many major information technology and pharmaceutical companies, would become a shared state capital.

One, A Ravi, said he was unhappy that his "beloved state had been torn apart". "It's a sad day because we speak the same language and have no distinct identity. Politicians played a dirty role in dividing the state into two," Mr Ravi, an info-tech professional, said.

Andhra Pradesh and Telangana share the same language of Telugu. After 10 years, Andhra Pradesh is expected to develop a new capital.