The figures are the highest for a single day since the Italian navy launched 24-hour patrols several months ago.

The United Nations refugee agency said the annual total was set to surpass the 60,000 who made the trip in 2011 when the Arab Spring revolutions loosened border controls. 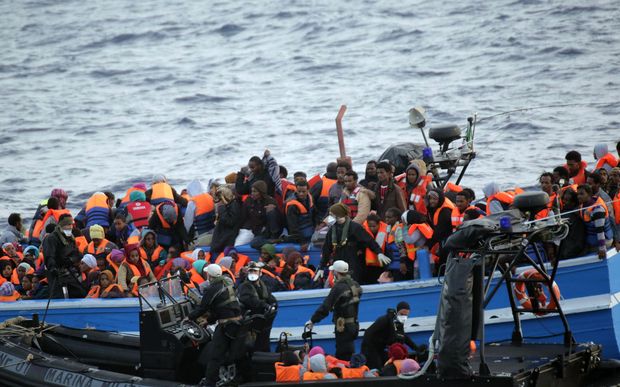 Migrants sit in a boat during a rescue operation off the coast of Sicily in May. Photo: AFP