Rolf Harris will have to return on Monday to the witness box at the London court where he is facing 12 counts of indecently assaulting four girls and young women.

The trial on Friday was delayed with legal arguments. 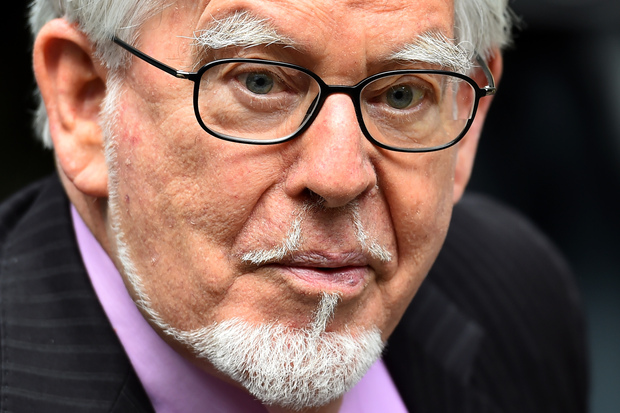 Harris's daughter smashed two of his paintings in anger when she first heard claims he had sexually abused one of her friends.

The 84-year-old TV entertainer said Bindi Harris had been "beside herself" after her friend made the allegations.

He says he had a consensual relationship with the friend when she was an adult.

Seven of the counts relate to the friend of his daughter.

The court was told Harris "groomed" and "psychologically dominated" the teenager before repeatedly sexually abusing her.

The friend claims he first assaulted her when she was 13 while on holiday, but Mr Harris, from Bray, in Berkshire, contests this.

Prosecutor Sasha Wass says Ms Wass put it to Harris that a number of the alleged victims the court has heard from describe a very similar scenario, where Harris is alleged to have approached them with a friendly bear hug and then assaulted them.

Harris agrees the accounts were similar but denied any wrongdoing.

Harris says the relationship with the woman, to whom the majority of the charges relate, had been a series of isolated incidents and purely sexual.

"Did you love her?" asked Ms Wass.

The prosecutor challenges Harris's assertion that he had a consensual adult relationship with the woman.

Ms Wass put it to Harris that no-one knew about what he said was a consensual affair, as well as another extra-marital affair he admitted to on Tuesday.

He admitted that he was good at hiding that from his wife and daughter.

After repeated questioning, Harris confirmed that very little was ever said during sexual encounters with the complainant - that often he would go into a bedroom where she was sleeping, perform a sex act on her and then leave again without speaking.

Harris says there were some niceties said, but when pressed he could not say what was said.