The military in Thailand has released 124 politicians, campaigners and academics who were detained after the coup last week.

But dozens more remain in detention - and the Army said those who have been released have restrictions imposed on them. 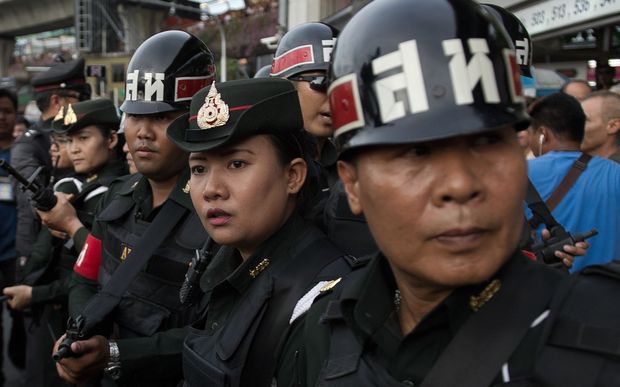 A BBC correspondent said the conditions include agreeing to avoid political activity and informing the army of travel.

Coup leaders, who seized power on 22 May after six months of political deadlock, received royal endorsement on Monday.

Former prime minister Yingluck Shinawatra has been released, but remains under some restrictions.

The Army also said it is releasing a group of "red-shirt" protest leaders who support the ousted government. The anti-government protest leader has already been freed.

The current deadlock dates from 2006, when the military ousted Ms Yingluck's brother, Thaksin Shinawatra, in a coup.

Both have strong support in rural and northern areas. However, many in the middle class and urban elite oppose them bitterly.

Meanwhile, internet users in Thailand said they could not access Facebook for a time on Wednesday. The military denied blocking the site.

The information and technology ministry told the BBC there was a gateway problem.

Two retired generals with palace connections have been appointed as advisers to the junta.