Ms Politkovskaya, who was a vocal critic of the Kremlin, was shot at the entrance to her apartment block in 2006. 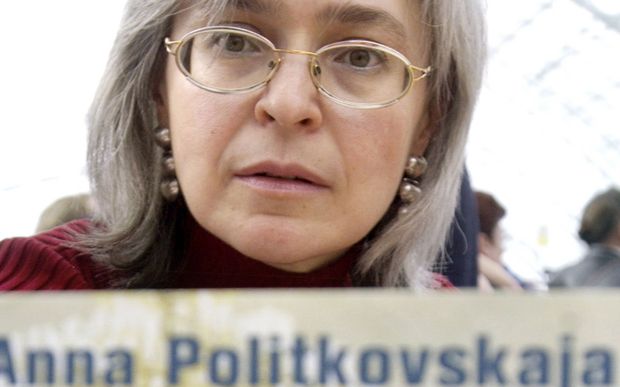 One man was found guilty of the shooting and the other four of organising the killing. Three of the men were brothers from Chechnya, the BBC reports.

Ms Politkovskaya, 48, an investigative reporter and critic of Russia's war in Chechnya, was shot in a lift in her block of flats.

Three of the men were acquitted of the murder in a 2009 trial.

The initial verdict was overturned by Russia's supreme court, which ordered their retrial.

The brothers' uncle and a retired policeman were also found guilty of organising the killing.

But her pieces, which were highly critical of President Vladimir Putin, then serving his second term, and the Chechen leadership, angered many in authority.

The five men, who face possible life terms, will be sentenced on Wednesday morning.

A committee set up to investigate the shooting said it was still looking for the person who ordered the operation.

Her family welcomed the verdict but also expressed disappointment that the mastermind of the killing had not yet been found.