Nigeria has asked the UN Security Council to impose sanctions on Boko Haram and list it as a terrorist group. 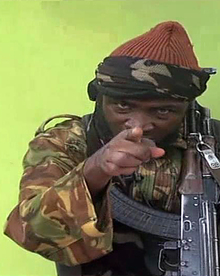 Nigeria lodged the request with a Security Council committee that deals with sanctions against groups linked to al-Qaeda.

The decision to add Boko Haram to the black list will go into effect on Thursday if no objections are raised by any of the council's 15 members.

Sanctions imposed by the committee typically involve freezing of assets, an arms embargo and travel bans.

Boko Haram claimed responsibility for the kidnapping in mid-April of more than 200 schoolgirls in Chibok, in northeastern Nigeria.

The imposition of UN sanctions on the Islamist group was recommended Saturday at a conference in Paris that brought together the presidents of Nigeria, Chad, Cameroun, Niger and Benin as well as representatives of the United States, Britain and France.