The United States has filed criminal charges against five Chinese military officials from an army unit in Shanghai. 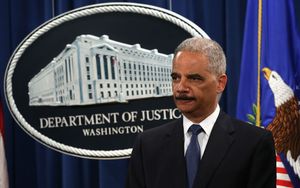 It is the first time the United States has charged officials from another state with economic espionage.

The BBC reports they are accused of targeting American nuclear power, metals and solar industries, and selling the information to Chinese state enterprises.

US prosecutors said trade secrets and internal documents were stolen from five companies and a labour union.

China denied the charges and warned the case would harm US-China relations.

In Washington on Monday, Attorney-General Eric Holder identified the targets as Westinghouse Electric, US Steel, Alcoa Inc, Allegheny Technologies, SolarWorld and the US Steelworkers Union.

FBI officials said the hacking in the years 2006-14 caused "significant losses" at the companies and that there were likely many others.

Last year, Mandiant, a cyber-defence company, published a report on a Chinese military unit that it said was behind the majority of significant attacks on American federal agencies and companies.

In March, Defence Secretary Chuck Hagel said the Pentagon planned to more than triple its cyber-security capabilities in the next few years to defend against internet attacks.