The unrest was thought to have been started by victims of massive flooding six weeks ago, venting their frustration with the flood response.

In Friday night's riots, a shopping centre was looted and set alight and gunfire was reportedly exchanged with police after occupants of a now-closed evacuation centre demanded payments from the government.

But the director of the country's disaster management office, Loti Yates, said it was too early to speculate on the cause of the unrest.

Police have confirmed more rioting occurred on Saturday and the disaster management office has met to decide what to do.

Honiara correspondent Dorothy Wickham said dozens of people were out in the town's east side, near the airport.

Aid agencies have suspended operations in the town, while Australia has upgraded its travel advisory urging Australians to exercise a high degree of caution in the city. 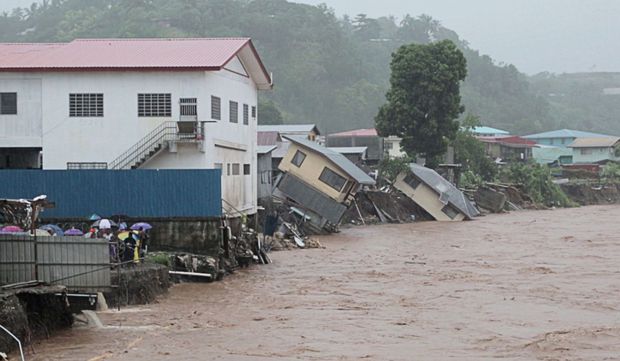 Twenty seven evacuation centres were set up after the April floods in which thousands were left homeless and at least 22 people died. Photo: WORLD VISION / AFP (FILE)