Hundreds of Australian artists will be denied access to Government grants and fewer films and television programmes are likely to be funded on that side of the Tasman after sweeping budget cuts to the Australia Council and Screen Australia.

The Australia Council will lose more than $A10 million out of its $A222 million annual budget this year and $A6.4 million for the following three years resulting in a cut just shy of $A30 million.

The council's chief executive, Tony Grybowski, has told the ABC this will mean "fewer and smaller" grants to individual artists and cuts to small arts organisations.

"It's a lot and we will be looking at all our programmes," he said.

Mr Grybowski says he was relieved that funding for the major performing arts companies, a group of 28 of the country's top theatrical, music and dance organisations, would be maintained.

But protecting the major companies will mean a disproportionate burden on the rest of the arts sector, according to Tamara Winikoff of the National Association of Visual Arts.

"We have to see culture as dynamic and not preserved in aspic," she said.

Screen Australia will lose $A38 million over the next four years, which is likely to force it to support fewer films and television dramas.

The CEO of the federal film funder, Graeme Mason, said the agency will review all programs.

"We will maintain our commitment to working efficiently in order to minimise the impact on the Australian screen sector," he said.

"We will focus on our core business to support culture, innovation and quality on Australian screens. At this stage there is nothing further we can add." 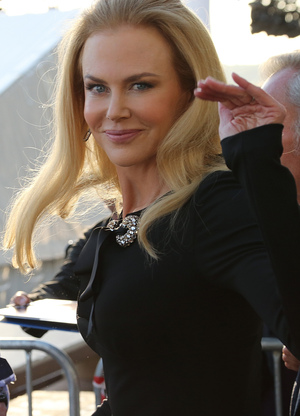 Australians will see less state funding for its movie sector, which has produced stars such as Nicole Kidman. Photo: AFP

But industry watchers say the cut was higher than expected and could have a major impact, including cuts to production.

Matthew Deaner, of Screen Producers Australia, said filmmakers are concerned at "a disproportionate cut to Screen Australia", including to a key area of industry innovation, multiplatform games.

The agency received $A100.8 million in funding in 2013-2014. It is losing $A25 million in Government funding in that period plus the termination of the Australian Interactive Games Fund.