Young rugby players should be barred from the front row of rugby scrums unless they meet medical guidelines, according to a British report. 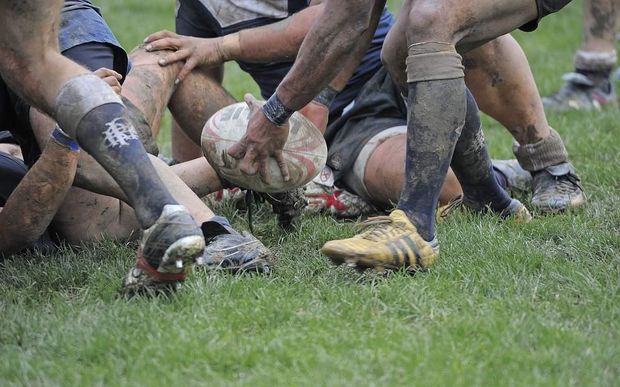 Edinburgh University research suggests that under-18s need their neck strength tested to see if they can safely withstand the force of a scrum.

The study believes that scrums are responsible for a number of spinal injuries to players.

The Scottish Rugby Union (SRU) has introduced the tests this rugby season.

They found that despite under-18 players looking physically strong and able, reduced levels of body strength and fatigue endurance put them at a greater risk of injury.

Edinburgh University researchers, working with SRU medical specialists, believe that measures of players' neck strength should be a key part of the selection process for players wishing to play in the front row in senior rugby.

Prof Hamish Simpson said: "Our results showed that although under-18 players were as strong as the adults, in general they were unable to generate the same neck muscle force as adult players.

"It is likely that weak necks are a risk factor for the scrum collapsing - an event associated with serious neck injury risk."

He added: "To ensure the safety of all six front row players, it is essential that they are all strong enough to compete safely."

In addition to the report's findings, work carried out by both the SRU and Scottish Committee for Orthopaedics and Trauma group has led to a number of new safety initiatives being undertaken to try and protect players.