A psychiatrist appearing for the defence of the South African Olympic athlete Oscar Pistorius has told his murder trial he has an anxiety disorder.

Merryll Vorster said his actions when he shot his girlfriend on Valentine's Day last year should be seen in context of his anxiety about violent crime since childhood. 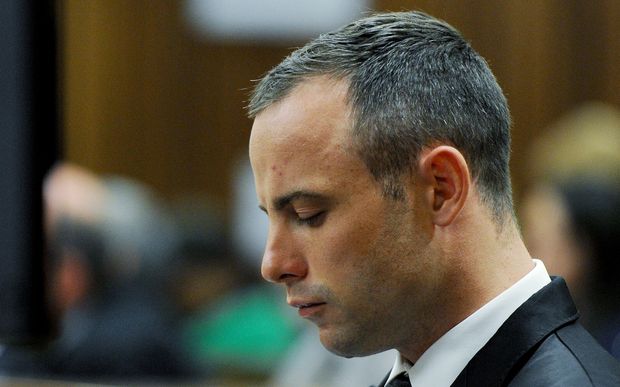 Oscar Pistorius sits in the dock during his murder trial. Photo: AFP

The BBC reports the prosecution has dramatically asked for him to undergo mental observation.

The defence opposed the application before the court adjourned on Monday.

If the prosecution request is granted, Mr Pistorius may spend up to 30 days in a state mental health institution for observation and assessment of his mental health.

It was expected that the defence would conclude its case by the end of this week - after which both sides would have an opportunity to present their closing arguments.

Mr Pistorius says he accidentally shot Ms Steenkamp through the toilet door in a state of panic, mistaking the 29-year-old model and law graduate for an intruder.