China has temporarily banned imports of British cheese after the country's food inspectors complained about hygiene standards at an unnamed British dairy. 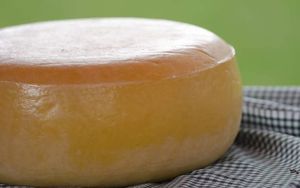 The Chinese officials were reportedly dissatisfied with its maintenance and storage, raw milk transport temperatures and air sanitisation, the BBC reports.

However, the dairy they visited does not export its produce to China.

British farming minister George Eustice has called for restrictions to be lifted "as soon as possible".

"British cheese is the best in the world and produced to the highest safety and quality standards, so it is disappointing that China have put a temporary block on cheese imports," he said.

"Food inspectors will now visit all factories exporting cheese to China to demonstrate their high standards, so these restrictions can be lifted as soon as possible."

The ban applies to all cheese made after 1 May, which is also the date a new food safety law came into effect on the Chinese mainland.

The BBC understands that under the new inspection regime, overseas suppliers could be subject to checks.

As part of their audit in Europe, Chinese officials found problems at one British dairy and are working with Britain's Food Standards Agency (FSA).

The FSA is set to carry out its own compliance checks and once the issue is cleared, the temporary suspension is expected to be lifted.

Britain exports more than 11 tonnes of cheese to China annually.