Scientists say an infusion of young blood can reverse signs of ageing.

Although the ghoulish experiment was conducted on laboratory mice, the next step could involve a study of elderly humans.

The researchers believe young blood may contain natural chemicals that turn back the clock to rejuvenate the ageing brain. 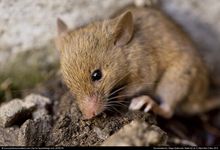 In the study, blood from three-month-old mice was repeatedly injected into 18-month-old mice near the end of their natural life span, the Press Association reported.

The "vampire therapy" improved the performance of the elderly mice in memory and learning tasks.

Structural, molecular and functional changes were also seen in their brains.

The study appears in the journal Nature.