Two buses driving on a busy highway in the Kenyan capital Nairobi were hit by explosions on Sunday. They were about 1 km from each other heading out of town.

At least two people were killed and more than 60 wounded.

There was no immediate claim of responsibility but Kenya has blamed similar attacks on the al Shabaab group, which killed at least 67 people at the Westgate shopping mall in Nairobi last September.

Four people were killed on Saturday when an explosive device was thrown at passengers at a bus station in Mombasa. 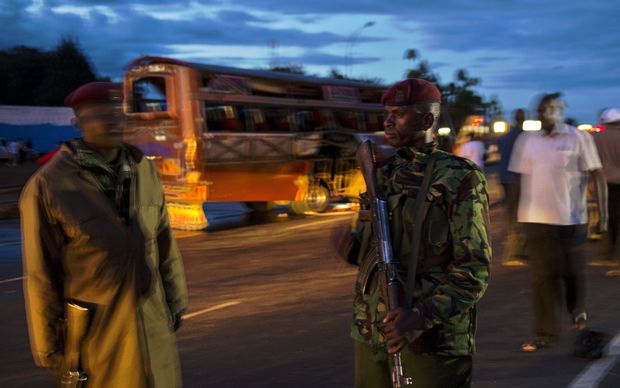 Police at the scene of a bus bombing outside Nairobi. Photo: AFP