The 25-year-old model and journalist, who had two young sons, was found dead at her home on 7 April.

An initial post-mortem did not establish a cause of death but the police have told the inquest a toxicology report revealed the drug was in Ms Geldof's system at the time, AFP reports. 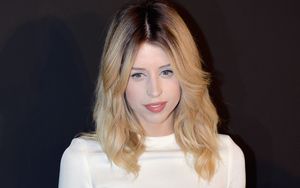 Friends and family said Peaches Geldof had been making plans for the future. Photo: AFP

Her mother Paula Yates died of a heroin overdose in 2000.

"Recent use of heroin and the levels identified were likely to have played a role in her death," police detective Paul Fotheringham told the opening of the inquest in Gravesend, Kent, southeast England.

Peaches, who wrote for British magazines and newspapers and presented celebrity-driven television shows, had been looking after her 11-month-old son Phaedra at her home in Wrotham, Kent.

Her 23-year-old husband, Thomas Cohen, a musician, had spent the previous night apart from his wife and was looking after their eldest son, 23-month-old Astala.

The last person to see Ms Geldof alive was Cohen's father Keith, who had dropped off Phaedra with her the night before, while the last contact with her was a telephone conversation with a friend at 7.45pm that same night, the inquest heard.

"All of the friends and family who had contact with Peaches during this period described how she seemed her normal self and was making plans for the future," Mr Fotheringham said.

A post-mortem examination was inconclusive, but toxicology tests showed the recent taking of heroin.

Coroner Roger Hatch adjourned the inquest for a full hearing to take place on 23 July.