Mortgage applicants in Britain face tougher questions about their lifestyle, under new rules that take effect on Saturday. 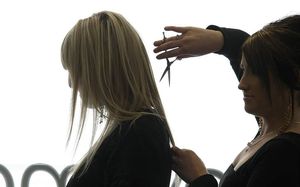 An appointment at the hairdresser. Photo: PHOTO NZ

Questions about aaplicants' regular outgoings - including childcare costs and even haircuts - could be included in affordability checks.

Brokers said the changes could lead to delays and rejections of applications.

The BBC reports Mortgage Market Review rules are designed to protect consumers from the kind of reckless mortgage lending that would leave them unable to make repayments.

They were drawn up during the financial crisis and originally planned to come into force last summer.

Previously, many mortgage offers were based on a multiple of the buyer or homeowner's income.

Now, more consideration will be given to the household budget and how much spare money is available to them.

That is likely to mean more detailed checks, with questions asked about anything from subscriptions to childcare costs.

Applicants will be expected to explain if they predict any significant change in their income or spending.

Lenders will also have to "stress test" an applicant's ability to repay if interest rates increased over a five-year period. This is expected to lead to some applications being rejected.