Gunmen shot and wounded one of Pakistan's best known television presenters in the city of Karachi on Saturday. Hamid Mir's car came under fire as he left the airport. 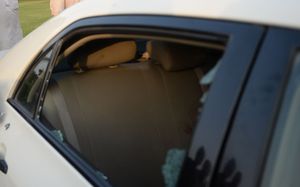 The presenter for Geo TV was hit by three bullets, but officials said he was in a stable condition.

There have been previous attempts on the life of Mr Mir, who the first journalist to interview Osama bin Laden after 9/11.

According to his brother, Mr Mir recently told family and colleagues that he had received threats from the ISI because of his political views.

In 2012, the Pakistani Taliban tried to kill Mr Mir by planting explosives under his car outside his home in the capital, Islamabad. But the bomb failed to go off.