The Red Cross says the final death toll after flash flooding on the Solomon Islands main island of Guadalcanal will be very high.

The official death toll has now risen to 17 and at least 35 people are still unaccounted for after the Mataniko river, which runs through Honiara, burst its banks following days of torrential rain. 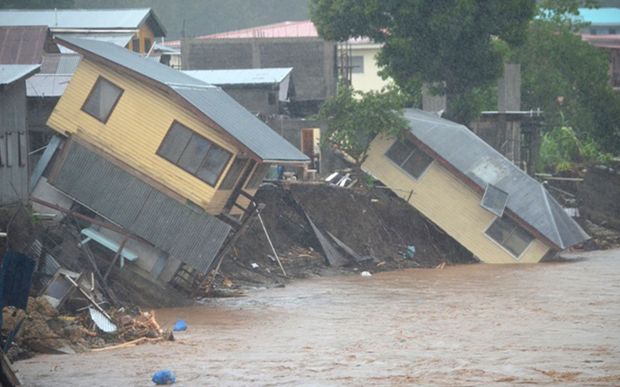 He says the Red Cross and Oxfam have the job of registering people at the 11 evacuation centres. Mr Winthrop says there are about 12,000 people there so far.

The Solomon Islands government has declared Honiara, and other parts of Guadalcanal province disaster zones.

Peter Winthrop says he was conducting first aid training in Doma, a fishing village 20km from Honiara, when the storm hit.

The aid worker says he, another Red Cross worker from New Zealand and 21 Solomon Islands Red Cross Society staff and volunteers trekked all day on Friday to get back to Honiara that day. They had to cross five rivers but two bridges had been swept away so they had to swim across.

Mr Winthrop says the group came across a broken bridge where a young boy had just been swept away when it collapsed. He says the boy's family were wailing and digging on the side of the river in an effort to find him. 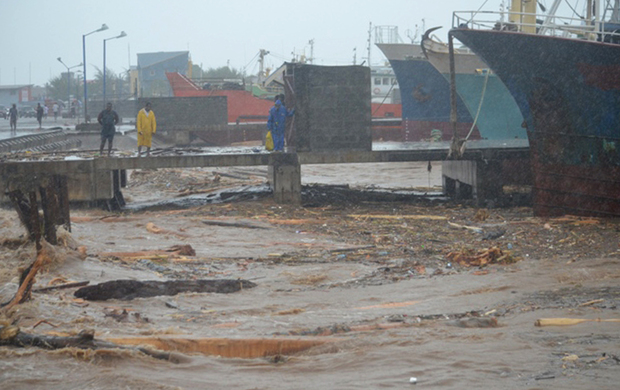 Debris was thrown onto the shore at Honiara's port. Photo: AFP / Carlos Aruafu

Mr Winthrop says the coast is strewn with the remains of housing, logs, boats and people. He says when the flash floods hit Red Cross staff rescued people being swept away by pulling them out of the river.

The Mataniko river runs through Chinatown in Honiara and Mr Winthrop says up to 60 houses were washed down it with people clinging to the remains of their homes.

Mr Winthrop says a new bridge on the main road out to the airport has been badly damaged and there is a lot of debris on the Honiara foreshore including bodies and ships on their sides.

Donald Burgess who is a sanitation specialist with UNICEF New Zealand says many schools have been turned into emergency camps but have no toilets, which means a high risk of disease including dengue fever.

Prime Minister Gordon Darcy Lilo told Solomon Islands Broadcasting Corporation (SIBC) the disaster declaration will allow the National Disaster Council to activate its processes, and he would convene Cabinet to authorise resources for the council. 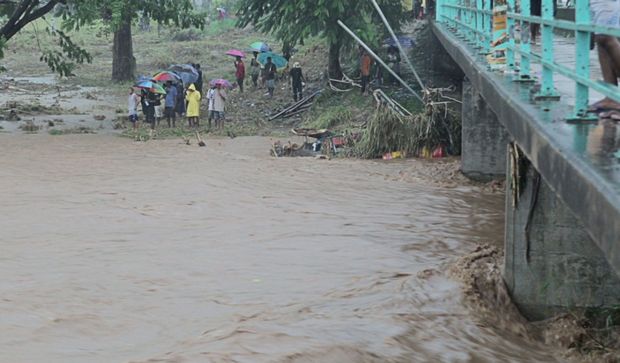 There are reports that 37,000 people in rural Guadalcanal have either lost houses or food gardens. Photo: AFP / World Vision

Graham Kenna, logistics manager for Save the Children in Solomon Islands, says up to half the Guadalcanal population of about 200,000 are affected in some way.

Mr Kenna says the charity has had reports that 37,000 people in rural Guadalcanal have either lost houses or food gardens. Much of the infrastructure is wrecked, he said, and the country will face an enormous repair bill.

UNICEF New Zealand has launched an appeal, saying it needs $117,000 to provide water, sanitation and tents. More money is expected to be needed once it becomes clear how bad the situation is.

The New Zealand Red Cross has also given an immediate payment of $10,000 to help with the flood response.

New Zealand is to give $300,000 to support the Pacific nation and is ready to provide further assistance if asked. Foreign Minister Murray McCully said about $250,000 will go to agencies working on the ground in Solomon Islands for emergency relief supplies and shelter. A further $50,000 will go to New Zealand's High Commission to help in areas identified by the Solomon Islands government.

New Zealand Police have a team of 17 officers supporting the Solomon Islands Police Force. The five women and 12 men are stationed in and around Honiara as part of the Regional Assistance Mission to the islands.

Late on Friday, in the midst of flooding, the Solomon Islands was jolted by a strong earthquake, though there have been no reports of damage. The 6.0 tremor at a depth of 63 kilometres hit at 10.40pm, some 30km west of Kirakira on the eastern island of San Cristobal. 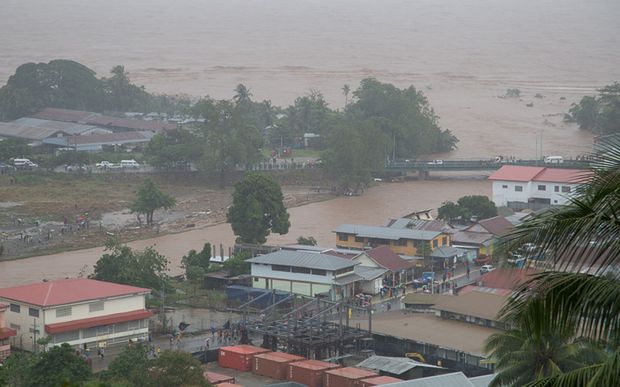