A global shortage of computer chips is expected to last into next year, driving up the costs for New Zealand businesses. 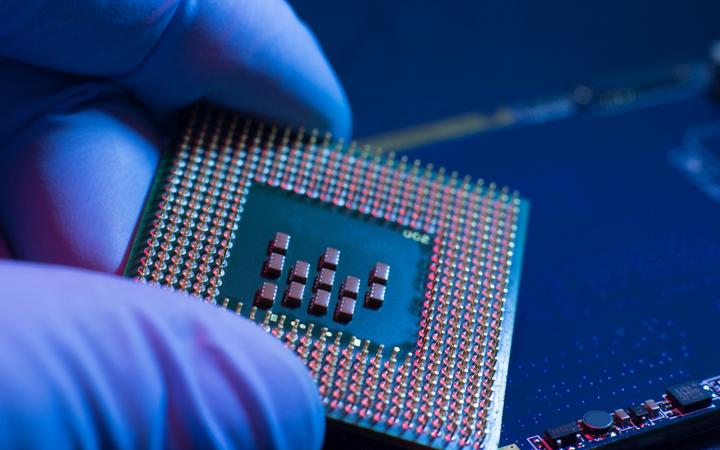 The shortage was caused by Covid-19 forcing the closure of manufacturing plants last year, only for them to reopen and face unprecedented demand for their use from vehicle companies and electronics makers.

The dearth of chips had seen the likes of General Motors and Ford temporarily close factories and it had even delayed the roll-out of the latest iPhone.

The supply issues were only made worse by a recent fire at a major chip maker in Japan.

GPC commercial manager Brent O'Meagher said the local electronic manufacturer - which makes devices for New Zealand businesses in the mining, heavy construction, agritech and fleet management industries - was feeling the pinch and would likely see no relief until 2022.

"The [time it takes to get a component] is pushing out to, some people are coming back and telling us, 60 weeks. Other components are going on allocation which means the manufacturer can't build enough for the orders they already have so they are effectively going to ration out what they already have."

He said GPC, which has factories in China and Australia, had been able to mitigate the shortages in the short term by using the group's purchasing power to get more chips and printed circuit boards (PCBs).

"We've got a purchasing team of 20 people in our China office and their pretty much working full-time to just trying to keep supply coming through to the factories."

However, he said he expected the situation would deteriorate in the second half of 2021 and the potential consequences were concerning.

Before it got to that stage there would be alternative products available but this would prove costly, as it would require a redesign of product and approval before they could be used, he said.

O'Meagher said costs were already mounting for the business and he expected them to peak in the third or fourth quarter of this year.

"If an automotive company is having to shut down plants then you need to spare a thought for the small manufacturer down here in New Zealand ... when the big boys are trying to scoop up everything."