Two controversial Endeavour models in Gisborne symbolise "hurt and trauma" for some, while for others they mark a point in history which they say should not be "suppressed". 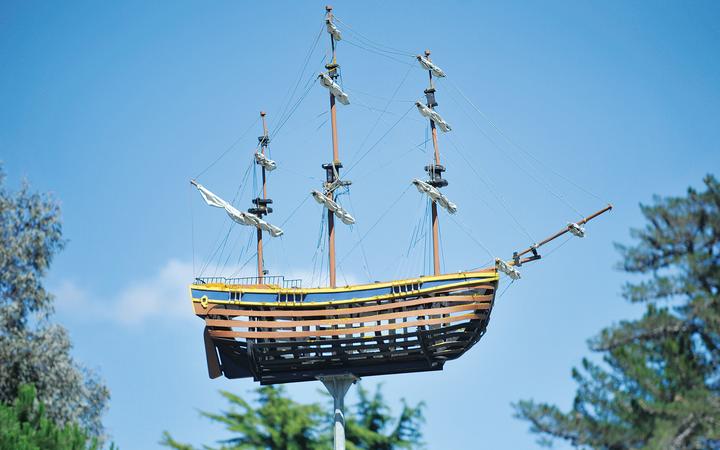 Gisborne District Council's Sustainable Tairawhiti committee heard submissions on the future of the Endeavours on Thursday. The models were built to replace old wooden ones that stood on large poles in the city.

Many oral submitters used the models as a symbol to discuss differing versions of history, colonisation, Māori versus Eurocentric world views, and a shared cultural future.

Tamanuhiri Tutu Poroporo trustee Te Aorangi Harrington, who has whakapapa to the tūpuna (ancestors) "murdered" by Captain James Cook and his crew when they arrived in Tūranga Gisborne, said there were already statues, monuments and places dedicated to him in the area.

"Why should we honour and celebrate this man by re-erecting his boat, rather than honouring our tūpuna who were murdered?" Harrington said.

"What about the Ngāi Tamanuhiri story? Putting up replicas of the Endeavour boat which symbolises so much hurt and trauma to many of our whānau and iwi here in Tūranga is not the right thing to do." 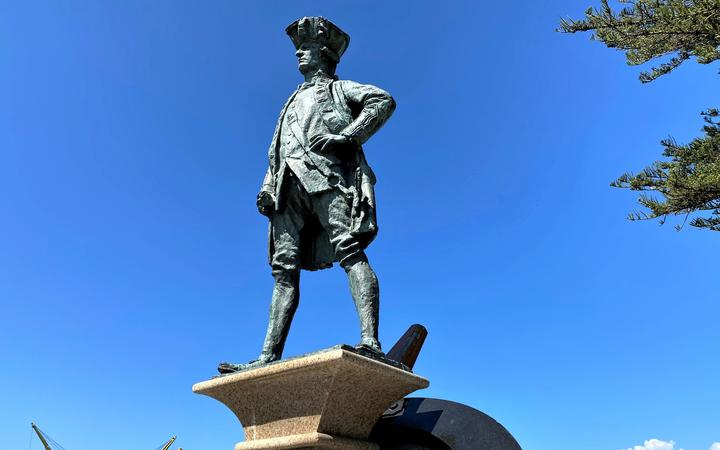 Some submitters argued there were plenty of statues, monuments and places commemorating Cook, such as this prominent statue on the waterfront. Photo: LDR / Alice Angeloni

He welcomed the idea of a double-hulled waka as an alternative to the replicas, and suggested the story of the Endeavour could best be told by re-homing them to a museum.

"Ngāi Tamanuhiri believe that Gisborne District Council underestimated the feelings and thoughts of our people towards the replicas before they made their decision," he said.

As the Treaty partner, they sought "active partnership" and "co-governance" in undertaking the next steps for the models.

Gisborne lawyer Gordon Webb questioned how Tairawhiti could build a shared future if the Endeavour models were not re-erected.

Despite "unsavoury" events taking place at the first meeting between Cook and tangata whenua in October 1769, it marked a "major transition date" in history which should be commemorated.

"History is history. It may not always be pleasant but it cannot be changed," Webb said.

The first Endeavour models were commissioned by the Cook Bicentenary Committee in 1969 and not expected to last more than a year, but were refurbished and rebuilt three times over the next four decades. 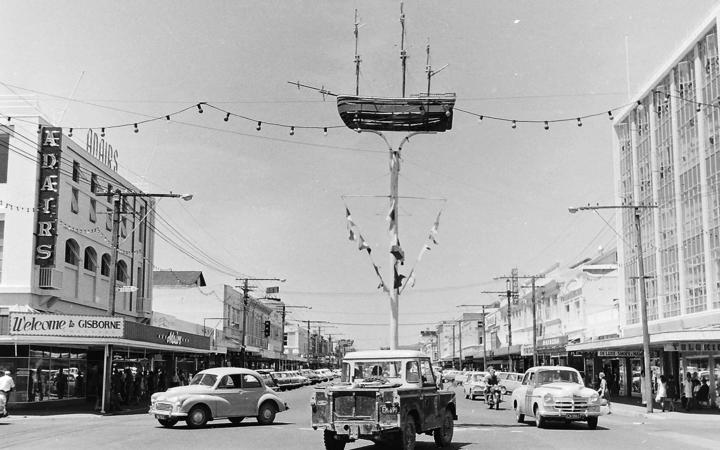 The first Endeavour models were commissioned by the Cook Bicentenary Committee in 1969. Photo: Supplied / LDR

In 2016 they were removed after material from one began to drop on to the road, and two years later the council put $19,000 towards new models. 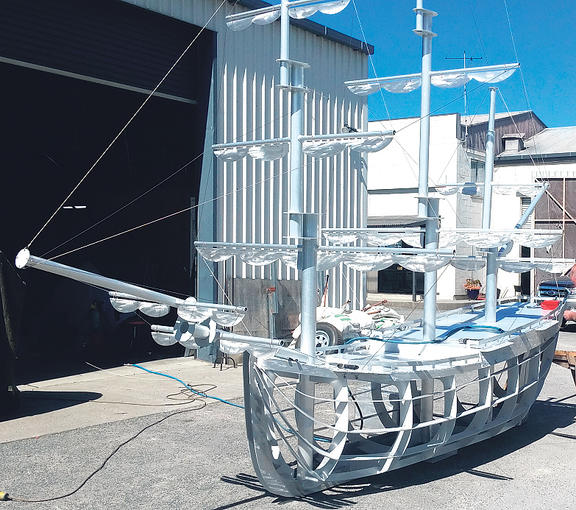 The community raised funds towards the new builds, and the project was overseen by a group concerned with ensuring they were replaced.

After they were completed, it was discovered the existing poles were not strong enough for the new models, and replacing the poles would cost $29,000. The council voted in favour of reinstalling the models at the existing locations in May, but after much criticism the decision was revoked.

The council ran consultation sessions over the future of the Endeavour models in July and August, which included three hui-a-iwi, formal submissions from three Tūranga hapū and iwi, and more than 1000 individual submissions.

Of the individual submissions, more supported reinstallation than not, while tangata whenua said they did not support the consultation approach or the installation of the models on their rohe.

Tangata whenua were not included in the decision to restore the models in early 2018, or when the models were first erected. 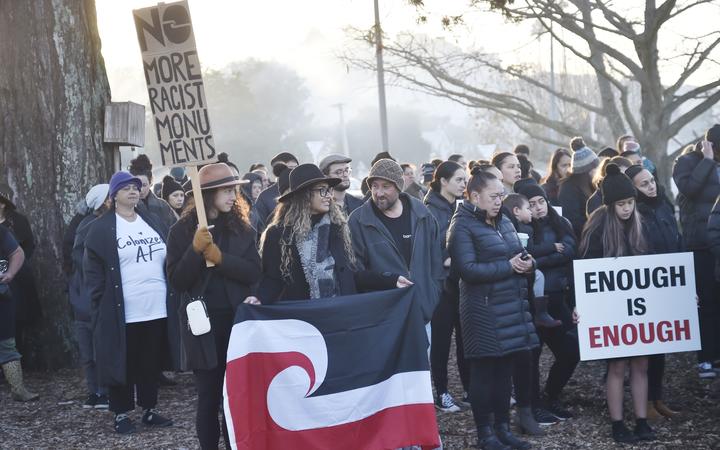 A big crowd gathered outside the Gisborne District Council building in June to protest the reinstatement of the models. Photo: Supplied / Gisborne Herald

Some said there were too many monuments already dedicated to Cook, and the discussion was "tone deaf" to the hurt and pain of tangata whenua, while others said they missed the "joy" of seeing the ships on their way into town.

Submitters suggested erecting a waka beside the Endeavour, or ensuring there was an explanation plaque next to the models.

Some offered locations for the models such as near the Cook landing site, the slipway, or the southern end of Butlers Wall.

Tolaga Bay Area School principal Nori Parata offered a place for one of the models in Uawa, where they had long promoted the vision "dual heritage, shared future". For almost 50 years, their school logo had been made up of symbols of the manaia and the Endeavour, and they had tried to enact a "complementarity" of these symbols through their learning.

"It requires us to think deeply and work hard at continuing a legacy that educates, widens perspectives, appreciates diversity and lessens division," she said.

A report with options will be provided to the Gisborne District Council operations committee for a decision on 12 November. Staff were collaborating with tangata whenua to enable their participation in the decision-making process.