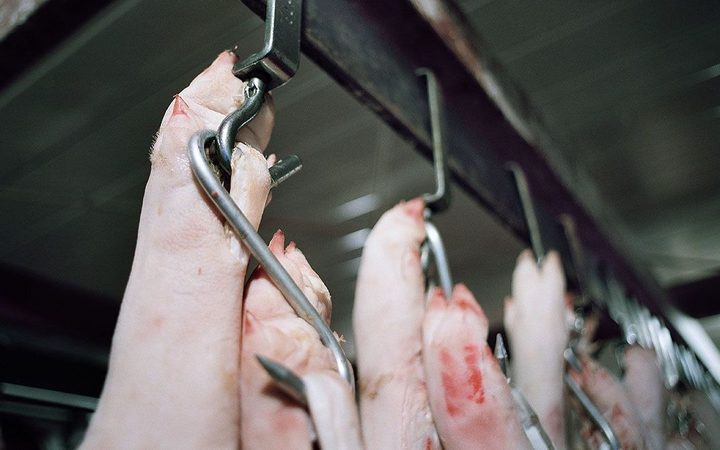 New Zealand Meatworkers Union said there were plenty of local workers vying for jobs that could now be going to overseas workers.

However, the company is standing firm. It said it was recruiting abroad to cover a worker shortage.

Each year, more than 2000 people work in the two meat processing plants operated by Alliance Group in Lorneville and Mataura.

Less than one percent of its Southland employees are from overseas.

However, the company's plans to recruit 100 temporary workers from overseas has been causing a stir.

The seasonal work often meant workers would finish at one plant and go to the other for additional work, Mr Davis said.

"If these people are brought in from overseas they'll get a job there so they'll fill in those positions."

About 30 people could miss out on the additional work, he said.

The union plans to make a submission to Immigration New Zealand against the company's application to employ overseas staff.

"Most of the big things that these companies have got to take into consideration that our people [who] are doing these jobs have got to balance the rest of their work life as well," Mr Davis said.

"It's very difficult to manage your life when you're only getting six or seven months of [work] a year and, in a lot of cases, relying on the unemployment benefit for the rest of the time."

Good local workers were applying to work at the plants, but they were being rejected, he said.

There was not enough education, training or support to assist more Southland workers to enter the industry, he said.

Immigration lawyer Tuariki Delamere said the company should hire former employees from the meatwork plants that were closing around the country.

Alliance Group refused to be interviewed today but in a statement, manufacturing general manager Willie Wiese said employing and upskilling New Zealanders was always their preference.

The company is now waiting to hear whether it will get a green light from Immigration New Zealand.