Transport Minister Simon Bridges is claiming vindication after being cleared of trying to improperly influence officials into keeping a report secret. 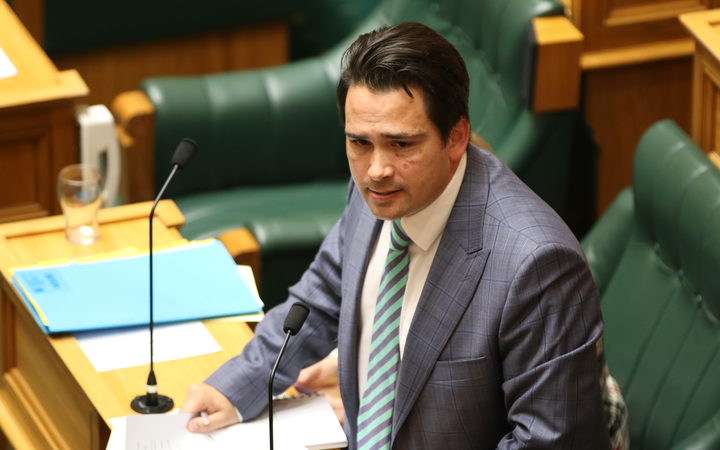 Emails released to RNZ last month showed KiwiRail reversed its decision to release a document after Mr Bridges' office repeatedly urged it not to.

Mr Bridges said the Ombudsman had done a "very thorough" job and backed up what he'd been saying all along.

"My office was entitled to have clear views on these issues... There was absolutely no impropriety - quite the opposite - from within the Beehive."

He said the report gave him "some sense of vindication" and proved the allegations were just "shoot from the hip stuff from New Zealand First".

Mr Peters said he disagreed with the review's conclusion.

"But when it came to this matter, they didn't leave it downtown. No, they got involved."

And he said Mr Bridges had violated the spirit of the Official Information Act.

"If there's no good reason to withhold [the document], then it should be published - it should be made public."

The Ombudsman's report does suggest that KiwiRail was right in the first place to decide to release the report, saying the minister's concerns, while genuine, didn't stack up.

In particular, it dismissed claims the report should stay secret because it was a draft or could be misleading.

Mr Bridges said he would have to consider the implications of Mr Boshier's findings for future requests.

"We obviously respect where he's come to. We'll just have to take our time to think all that through."

He said it was "not that surprising" that some people believed KiwiRail changed its mind because of ministerial interference.

"You can't just [reverse a decision] without a reasoned process... it gives people the feeling that something's happened to change their minds - and has that been ministerial pressure?

"To an extent, KiwiRail opened itself up to that criticism."

The document - about a proposed rail freight line in Auckland - has now been released in full on KiwiRail's website.

Mr Boshier has advised KiwiRail to review its practices and adopt formal guidelines for OIA interactions with ministers.

In a statement, KiwiRail said it followed "usual process" when dealing with the OIA request, seeking further information from its lawyers and the minister's office before making a decision.

It said it accepted the Ombudsman's recommendations and had begun a review of its OIA processes.