Building and Housing Minister Nick Smith has been challenged on his statement that housing affordability is "in the eye of the beholder". 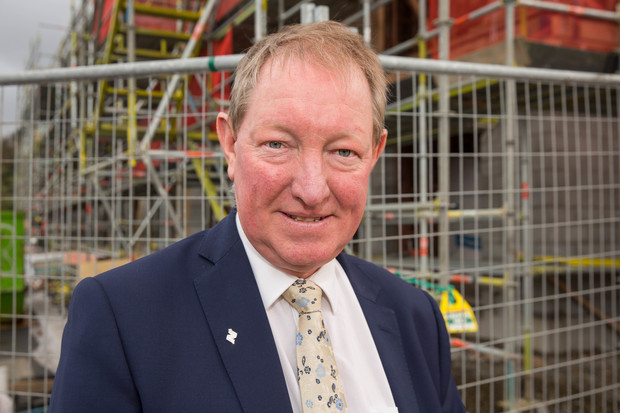 Building and Housing Minister Nick Smith outside one of the Special Housing Areas in Auckland. Photo: RNZ / Cole Eastham-Farrelly

The government has been fielding questions this afternoon on why the government and Auckland Council can not say how many affordable homes have been built in Special Housing Areas.

The council has set up more than 150 of the areas with the government in order to fast-track the building of tens of thousands of new homes. Under the deal, at least 10 percent of large developments have to have cheaper homes for first-home buyers on modest incomes.

Dr Smith told Morning Report today that the definition of affordability was "very much in the eye of the beholder".

"Obviously someone has bought the 4751 new homes consented in those special housing areas."

Dr Smith told Parliament this afternoon that he stood by his statement.

"It is absolutely true that what is an affordable house does vary, depending on a person's circumstances."