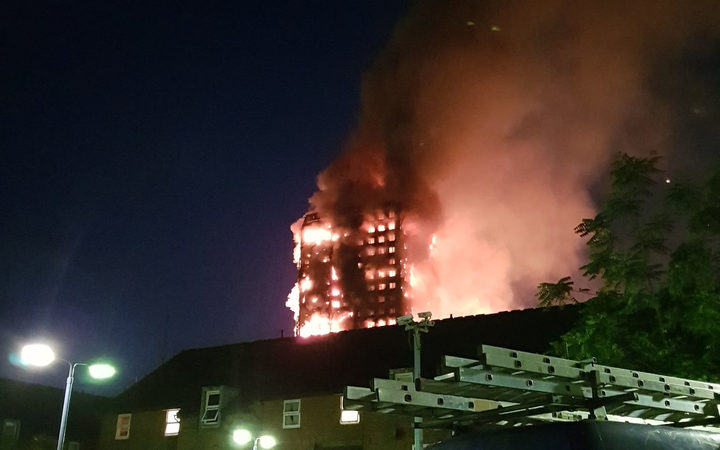 The previous figure was 58.

Announcing the new figure, police commander Stuart Cundy said it could still change again but not by as much.

He said five people who had been reported missing in the fire had now been found safe and well.

There were about 600 people living in the 24-storey Grenfell Tower when fire swept through most of the building in the early hours of 14 June.

A spokeswoman for the British prime minister Theresa May said the terms of reference for a public inquiry into the fire were being drafted, as Mrs May knew people wanted answers quickly on the disaster.

The spokeswoman also says the government, which had been accused of a slow and insensitive response to the disaster, had now contacted all local authorities in England asking them to identify any safety concerns in light of the tragedy.

Mrs May was not supporting a proposal put forward by opposition leader Jeremy Corbyn to seize unoccupied properties to rehouse survivors of the fire, the spokeswoman said.