The government should have considered house price inflation in its decision to lift the minimum wage, Labour says. 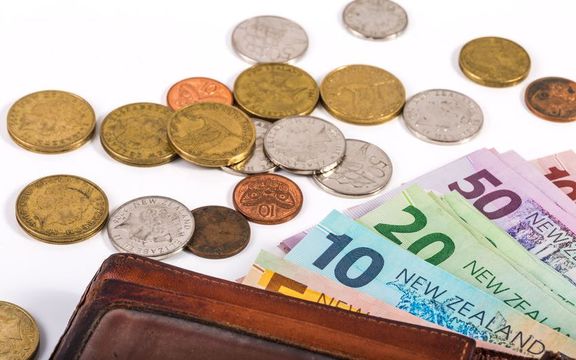 Workplace Relations and Safety Minister Michael Woodhouse said this afternoon that the starting-out and training minimum wage rates would also increase, from $12.20 to $12.60 per hour - 80 percent of the adult minimum wage.

Mr Woodhouse said the increase to $15.75 would benefit about 119,500 workers and would increase wages throughout the economy by $65 million per year.

The increase was much higher than annual inflation, he said.

"At a time when annual inflation is 0.4 percent, a 3.3 percent increase to the minimum wage will give our lowest paid workers more money in their pockets, without hindering job growth or imposing undue pressure on businesses."

But Labour's workplace relations spokesperson, Iain Lees-Galloway, said that was cold comfort to those low-income earners who were struggling to pay their rent.

"The government has sold it as being an increase which is well above the inflation rate but the truth is, when you include housing inflation, it simply doesn't make up for the enormous additional costs that homeowners and renters are facing."

Greens co-leader James Shaw said house prices and accommodation costs had jumped by 10 percent, and a 3.3 percent increase in the minimum wage was nowhere near enough.

"The minimum rise here I think will make very very little difference to the lives of those people who are doing it the toughest. What we would like to see is the minimum wage increase by a dollar a year for three years."

Mr Shaw said the government had done the bare minimum, and there was no evidence to suggest that a bigger increase would hinder job growth.

But Prime Minister Bill English said the government had struck the right balance.

He said, since 2008, the minimum wage had risen by 31 percent - which he said was much higher than the rate of inflation, at 14 percent.

"Which means that real incomes for those on the minimum wage have increased by around 17 percent since we came into office. Advice from officials is that this increase will have a minimal impact on job growth."

The minimum wage was earlier increased by 50 cents an hour on 1 April in 2016.