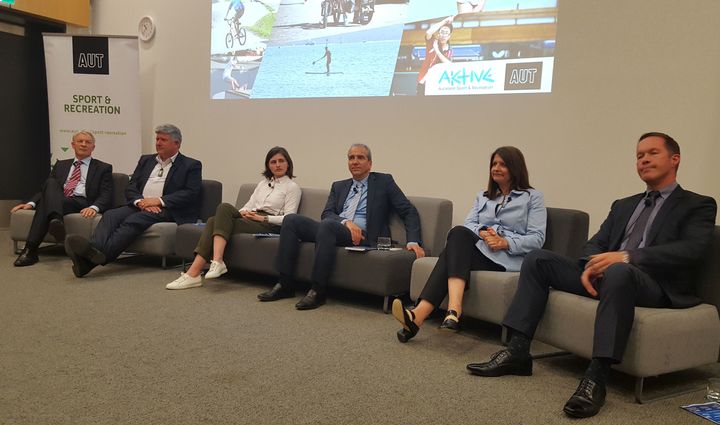 Even though two thirds of the votes likely to be cast for this weekend's local body elections are already in the mail, the gloves came off during the last debate on the city's North Shore.

Watch four of Auckland's mayoral candidates battle it out in an RNZ video debate here.

But it was on some of the regular debating points that the passion levels took off.

"OK, so it's bullshit," opened Vic Crone after listening to former Labour MP Phil Goff argue that temporary work permits should be wound back to ease pressure on Auckland's housing an infrastructure.

"It's bullshit to blame Auckland's current problems on high immigration over the last year and a half, we have been under-investing in our city for decades," she said.

Mr Goff gave as good as he got, after Ms Crone said Auckland should embrace the urban drift in countries like India and China.

"Speaking of bullshit Vic, it's bullshit that China simply allows everyone to move into their cities, I've spent a lot of time in China and they have the strictest controls in the world, you have to have a permit to move into the city," said Mr Goff.

The sparks also flew between Mr Goff and Mark Thomas - who switched his campaign message over the past month to urge people to vote for anyone but the Labour MP.

Chloe Swarbrick pointed to statistics showing one in three children were obese, and called for tighter controls on locating fast-food outlets in poorer communities.

There was a cameo appearance by David Hay who ended his bid a week ago, urging people to vote for Phil Goff.

While many thought that Mr Thomas had thrown in the towel, he ended a typically energetic performance with "vote for Mark Thomas".

The spirited showing was probably a little too late.

With three days of postal voting remaining, 24 percent of votes have been processed, and a further 3-4 percent are in the post, out of a turnout that may struggle to reach 40 percent, when the results are unveiled on Saturday afternoon.