The government is to blame for the looting of derelict Housing New Zealand properties in the New Plymouth suburb of Marfell, Labour leader Andrew Little says. 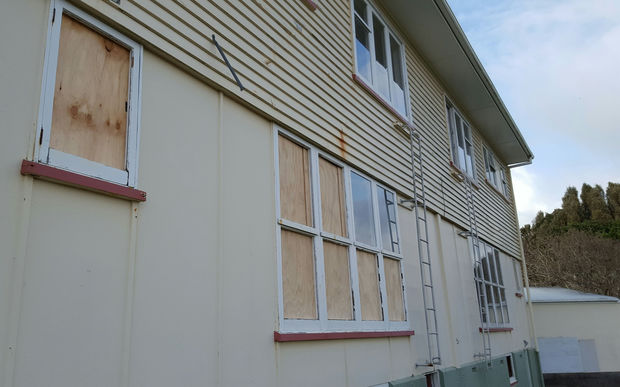 In 2008, 28 state houses were demolished in Marfell and, in 2012, 20 more families were moved out to make way for a redevelopment that never happened

Housing New Zealand has just demolished four more units but it still has about 30 vacant properties in the neighbourhood.

Contractors today boarded up windows and started filling skips with rubbish following a spate of theft and vandalism attacks.

Mr Little was raised in Marfell, a neighbourhood he said the Crown agency had wiped its hands of in favour of returning dividends to Wellington.

There had been an innovative regeneration project planned for Marfell that the government canned, he said.

"They've been totally neglectful of that area. There was a plan as of 2008 for the area to be redeveloped. National put that on hold and they've never come back to it, they've never taken it seriously.

"And yet we know there's a waiting list for state housing in New Plymouth." 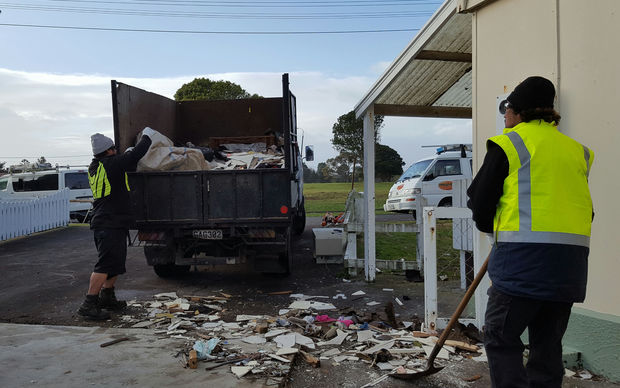 Mr Little said the Marfell he knew was a fine area that had been sadly let down by Housing New Zealand.

"It was just a great neighbourhood to grow up in. You know a good mix of community, there was everybody there and it's just so sad to see the place run down and particularly the parts of the community run by Housing New Zealand."

In a statement, the agency said it remained committed to helping Marfell become an attractive, vibrant suburb.

"We are currently looking at future options for these properties, which could include selling them. We will keep the community updated as we progress our plans.

"We're extremely disappointed at the fact some of our properties have been illegally broken into and deliberately vandalised. We will look to prosecute anyone found to be trespassing on our properties and are working closely with the police to identify the people who have done this."

Housing New Zealand said it had arranged for police to increase their presence in the area and would be increasing security at its properties.

The agency encouraged anyone who saw suspicious activity to contact the police.

Housing New Zealand also said it had almost 1000 properties in New Plymouth, and was confident it had enough to meet the needs of people on the Ministry of Social Development's social housing register.

The ministry's latest figures showed it was processing 36 applications for social housing in New Plymouth. Of those, 27 were for one- or two-bedroom accommodation and 21 of those applications were considered Priority A, meaning the applicant had an urgent need.

Housing New Zealand had 66 vacant properties in New Plymouth, of which 20 were under repair and a further 39 were for sale.

It said, in the past year, it had housed 124 families in New Plymouth, an average of about two families a week.