Cars that have been turning up at a Northland service station with warrants issued by a Māori sovereignty movement are a likely scam, the station owner says. 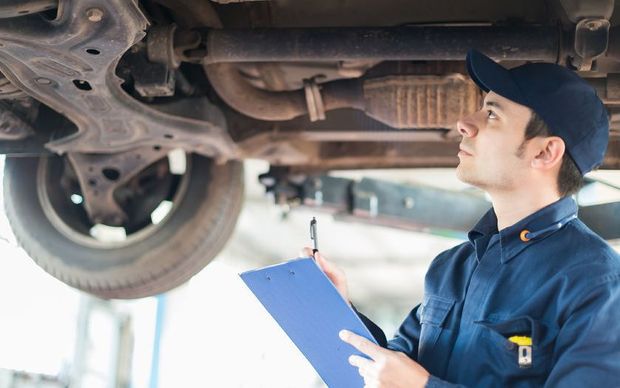 Mandy Hauraki from the Rawene Service Station told Morning Report the fake warrants are a joke, but also a scam, ripping off the motorists who pay for them. She said it was also dangerous - the cars she has seen sporting the stickers do not look safe to drive.

The counterfeit stickers resemble those issued by the Transport Agency but say they have been issued under the "Native Waka District Motor Vehicle Act 2005" .

As well as "fake warrants", Ms Hauraki said there are fake registrations, but she has not been able to find out who is issuing them.

She said service station staff have seen three such cars with warrants saying "whaka mana waka" - and they even have a coat of arms.

Ms Hauraki said they would be unlikely to pass a normal warrant of fitness test because they had bald tyres and broken doors.

The drivers had told her they paid $260 as a one-off payment for the registration, but the cars still show the warrant as expired.

Ms Hauraki was curious to know who was profiting from the fake warrants as no one would say who had issued them.

"That's the question - who is making a buck out of all these dumb asses?"

Ms Hauraki said she had heard of someone currently driving around Rawene displaying a fake warrant..

"I'd like to say it's not just limited to Māori, Pākehā also have them."

She said the drivers would not be immune to prosecution by police.

"I'm sure they pick them up everyday and slap them with fines, and they still continue to use them anyway."

Ms Hauraki said the fake warrants meant the cars could be unfit to be on the road and they would not be covered by third-party insurance if they were involved in an accident.

Although she thinks it is hilarious, there is a darker side.

"People are roaming around with these warrants and they actually believe that they are true, which is dangerous."

It is a rip-off - Māori leader

A Hokianga Māori leader said by selling the bogus warrants and car licences, the sovereignty group was ripping off gullible people.

Rudy Taylor, co-chair of the hapu alliance Te Kotahitanga, said the group claimed it had a right to dispense the stickers because Ngāpuhi still held sovereignty in the north.

But he said they were no more legitimate than the actions of Auckland fraudster Gerard Otimi, who went to prison in 2011 for selling bogus passports.

"These people that are going to go round and buy stickers and registrations are going to fall into the same trap. So I think if we haven't learnt our lesson then the law

will come down on us.

"I would say to them don't be fools, just say to them you're not interested. If someone is going to sell you a fake registration, it is a rip-off."

Mr Taylor said Ngāpuhi had yet to debate its next steps towards self-determination, after the Waitangi Tribunal found that the chiefs did not cede sovereignty in 1840.

But he said groups like the one selling bogus registrations in the Hokianga had no right to trade on that finding, and people should be aware that the stickers are worthless.

Mr Davis said he knew some of the culprits, who were older men with fixed sovereignty beliefs, rather than young scammers.

But he said that did not excuse them.

The Labour MP said paying for a worthless sticker, then being fined hundreds of dollars for not displaying the genuine article, would cause serious hardship for Hokianga whānau.

"I'd appeal to them to stop it and to think clearly about what the consequences are for our people financially, and just the risk to life."