Chris Cairns' defence lawyer has accused the London Metropolitan Police of not prosecuting self-confessed match fixer Lou Vincent so as not to lose him as a witness in Cairns' perjury trial. 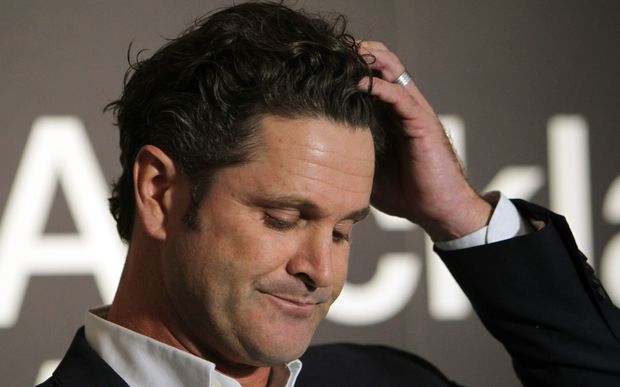 Cairns is on trial accused of lying in court about match fixing during his successful 2012 libel case. He has been accused by Vincent and Black Cap captain Brendon McCullum of asking them to fix for him.

Detective Chief Superintendent Mick Duthie told the Southwark Crown Court his focus was on investigating what had happened in the libel case, not on match fixing.

He rejected a suggestion from Cairns' lawyer, Orlando Pownall, the Metropolitan Police (MET) did not investigate Vincent to avoid the potential problem of the cricketer "not playing ball" as a witness.

He told the court he had to decide how best to use the MET's resources, and investigating Vincent was not one of them.

"At any one time I've got 450 murder investigations…I have substantial work. If the ECB (England Cricket Board) and ICC (International Cricket Club) say they want to deal with this, then I'm happy for them to deal with this," he said.

The defence also produced a series of emails between Vincent and his wife, Susie Vincent, and the MET from last year.

In one of the emails, which were read out to the court, Ms Vincent asked the MET'S Lucy Wade whether Vincent was in any danger in going back to Britain for a visit. The court was told Ms Wade replied the MET viewed Vincent as a witness and not a suspect, and that she could not see any problems with him going to Britain.

In another email, Ms Wade told Vincent she had confirmed with British police agencies they would not instigate an investigation into offences he had admitted but if new information came to light he could be investigated.

Mr Duthie, who was the crown's final witness in its case, told the court the emails between the MET and the Vincents were not improper, and that no promise of immunity from prosecution was ever made.

"I knew Vincent was a cheat and lied and had to be dealt with in an appropriate manner. I didn't go into immunity or promises," he told the court.

The defence contends Vincent gave authorities Cairns' name because it would help him get off the hook and avoid prosecution if he gave them a "big name".