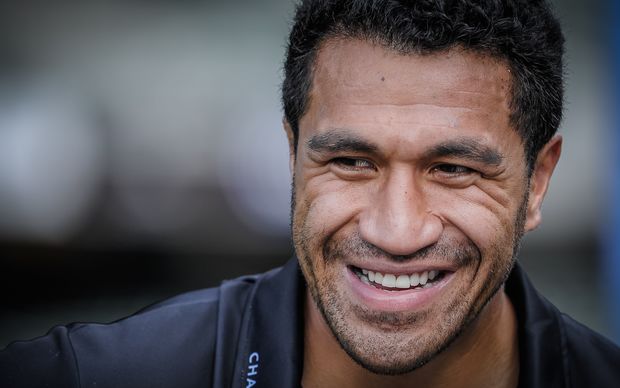 The 35-year-old former All Black had been charged with sexually assaulting a 19-year-old woman in Cardiff in March; he was charged after being led out of a stadium in Gloucester by police.

Prosecutors have now withdrawn the charge, saying there is insufficient evidence.

Mr Nichol said the whole case had caused unwarranted damage to Muliaina's public reputation and extreme anguish and stress for him and those close to him.

He said the allegation was that the complainant's bottom had been fleetingly touched on a busy nightclub dance floor.

Speaking outside the court, Muliaina said the past seven months have been difficult for him and his family.

"While I understand the police have a job to do, the manner in which I was arrested I find difficult to understand.

"I can still hold my head up high and, as the judge said, this is no stain on my character. I have always known that I did not do anything wrong.

"I don't even know the woman and I don't know what happened, but I wasn't the person who had done what she said had happened."

The police investigation began in March after the woman complained she had been groped while on a night out in the Welsh capital.

Muliaina, who was playing for Irish side Connacht at the time, had been in Cardiff playing in a league match against Cardiff Blues.

Speaking outside to reporters afterwards, an emotional Muliaina - who now plays for Italian side Zebre - thanked his family, friends and fans for their support.

During his international career, Muliaina scored 33 tries in his 100 appearances and was part of the New Zealand side that won the Rugby World Cup in 2011, along with claiming the Tri-Nations crown on six occasions.