The Minister for Social Development wants to find a way of stopping the most at-risk beneficiaries from having more children. 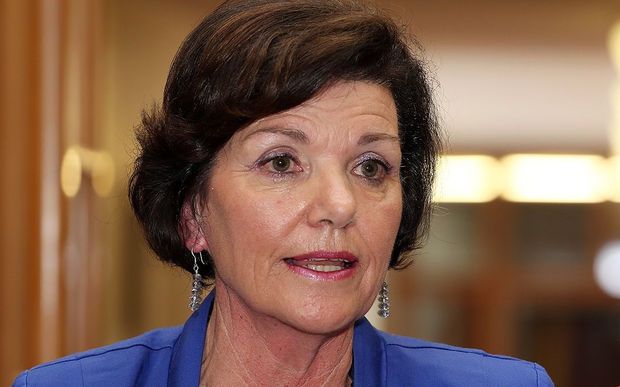 Anne Tolley admitted it was a tricky subject, but said something had to be done about the women who have multiple children taken into care.

Mrs Tolley said she was talking about a small number of families, where Child Youth and Family was removing more than one child at birth, most from homes with a history of abuse and neglect.

"I know of a case where they were taking the sixth child from that woman and of course the first question I ask is; 'So what sort of family planning advice is being made available to that woman, is it there immediately for her to think about?'

"It can't be great for the mum involved to be continually pregnant and then losing that baby," she said.

She said women could not be forced to use contraception and she would oppose any move to punish them by cutting their benefit if they did not agree to.

"My view would be that of a different approach and one that isn't reactive and punitive. Providing contraceptive advice needs to be part of a package that the social work practitioner takes with them when they start working with the family. But you can't just stomp in on day one and say 'right here's the pill'," she said.

Ms Sandford-Reed said the families the Minister was talking about had complex needs and required a lot of help.

"The interim report of the expert panel talks a lot about the fact that these families are struggling with low incomes, poor housing, poor health, poor access to education. So the package, I think, is around addressing all of those inequity issues, as well as some of those personal self-care issues," she said.

So is Mrs Tolley suggesting limiting the size of families?

"That's not the New Zealand way. We don't live in a dictatorship like that, but for some of these families I think it's very distressing that we are removing four, five and six babies from them. And of course there's a huge cost then that goes on to the general taxpayer," she said.

But she said there was an underlying problem - referring to the Growing Up in New Zealand study that found just under a third of pregnancies were unplanned.

Mrs Tolley said in this day and age there was no need for that.

"Are we making sure that family planning and contraceptive advice is getting to the very people who need it, the families showing the most dysfunction and the most stress," she said.

Family Planning's national medical advisor Christine Roke said the cost of contraception for beneficiaries was subsidised, but there were barriers.

"There are a few people perhaps who haven't understood their capabilities of looking after a larger family."

But Dr Roke said in many cases the difficulty was finding them.

"They may not be the people who are coming to see a health provider about getting contraception because they haven't appreciated that it is available, or they are having difficulty getting to it," she said.

The Minister has asked the expert review panel to come up with possible solutions in its final report due in December.