Farmers should get used to relatively low milk payouts for at least the next two years, an agriculture analyst says.

Fonterra is expected to slash its forecast payout tomorrow and some economists are warning it might fall as low as $3.50 per kilo of milk solids, after international dairy prices this week slumped to a 12-year low. 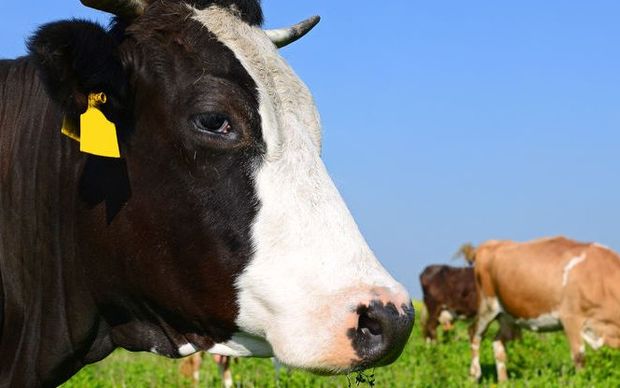 Massey University professor of agribusiness Hamish Gow said the market was likely to fall further before beginning a slow climb.

"White gold fever and the rush of it's over and we now need to set our expectations for the future, as far as compensation goes, what we need and where we need to put our resources and our capabilities."

Putaruru farmer Gray Baldwin is already spreading the risk on his farms, and is rearing bull calves for beef production.

"It's quite tempting to say well lets send a little bit less milk to Fonterra ... free up some paddocks out the back and grow some beef, because the market for beef's really strong at the moment."

"We could be facing the worst payout in almost 20 years," said Mr Henderson.

"It is very desperate - there's not a single farmer that I know of that's going to be making money this year."

Mr Henderson has already laid off workers and culled cows to cut costs and said he was now at the mercy of his bank.

"We're already well below our cost of production, and if we're looking at a $3.50 payout for this season we're already in the vicinity of losing somewhere between a quarter and a half a million dollars," Mr Henderson said.

"It's really a question for the banks as to how far they're willing to back us."

Some farmers were cancelling feed contracts and selling off farm gear. "Scrap steel, spare tractors, utes, any other vehicles that might be able to be on-sold that aren't absolutely necessary ... that could help cover that shortfall."

Analysts estimated nine in ten farmers would have borrow to cover their losses this season.

Dairy prices have been falling steadily since March and valuer David Patterson has noticed an effect on farm sales.

Mr Patterson, who has has been valuing properties for 35 years, said the slump in dairy prices in the last month had created serious doubt.

Some buyers were backing away from property deals and others were waiting for distressed sales by financially troubled farmers, he said.

"We're hearing that there are a few farmers that are very stretched ... and there's the likelihood that there will be some of those farms being sold.

"We are hearing other things, like people pulling out of deals... [and] banks, where they had pre-approvals, withdrawing those pre-approvals."

There were 60 dairy farms on the market in Southland alone, but buyer interest was limited. In one case, a dairy farm attracted no bids at auction.

"There's definitely a change afoot ... and I think we wait with trepidation as to what might happen in the springtime when properties normally come back on the market."

"At what stage do you do that? Do you wait til later in the season when there's potential that the price of lamb could come down - and then you're in real trouble - or do you go now?"

The coming months would be the telling time for many farmers, Mr Elliott said.

"Spring is very tough because that's when they're calving and they're working hugely long hours, and so they're under all sorts of pressure just to make the farm function."

If farmers were not seeing any rewards for their effort, that was when it could get very tough, he said.

Fonterra itself was also facing a tough time, with pressure from farmer shareholders to lift its performance and cut costs.

Last month it axed more than 500 jobs as part of a major corporate shakeup and will announce more redundancies next month.