The Independent Police Conduct Authority has found police were justified in not prosecuting officers of the Government Communications Security Bureau for alleged illegal spying.

In September 2012, the Green Party asked the police to investigate whether any GCSB agents had committed a criminal offence, after it was revealed the agency's surveillance operation against internet entrepreneur Kim Dotcom, had been carried out illegally.

The report by the then Secretary of the Cabinet Rebecca Kitteridge, which was released in March 2013, found 56 possible operations in total, involving 88 individuals, where the GCSB may have spied on New Zealanders illegally.

Greens co-leader, Russel Norman, subsequently wrote to the Commissioner of Police asking that his complaint be widened to cover all cases of possible illegal spying in the past decade.

Last September, he laid a complaint with the IPCA, claiming police had been negligent in not pursuing charges against GCSB agents, in relation to the Kim Dotcom operation. 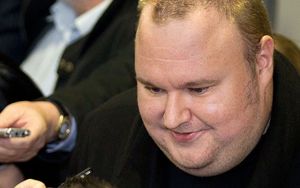 That operation was illegal because under the law, the agency was not allowed to spy on permanent residents, which Mr Dotcom was.

When police announced they wouldn't be laying any charges, they said it was because, while the spy agency staff did technically break the law, they didn't have criminal intent.

That has now been backed by the IPCA, which found police were justified in relying upon an absence of criminal intent in their decision not to prosecute.

In relation to the other cases identified by Rebecca Kitteridge, the IPCA found that because those cases involved metadata, and the law at the time around the interception of metadata was unclear, the police decision not to investigate was justified.

In a statement, police say they now consider the matter to be closed.

The Green Party say this report gives the green light to government agencies to carry out illegal spying because the system is not held accountable under New Zealand's justice system.

It says the message it sends is that if a citizen acts illegally they get in trouble, but if the Government acts illegally, it gets off scot free.

Acting Police Minister, Judith Collins, is refusing to be interviewed.

In a short statement she said the IPCA report was thorough and the conclusions are clear.