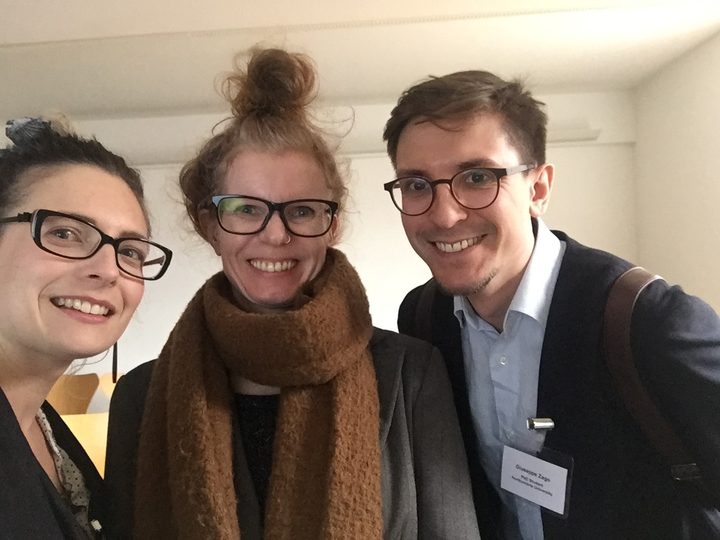 What if you had to guess what links the three people in this photo? Cousins? A budget Specsavers advert?

Six months ago the Lammy Review found that Black people in the UK are four times more likely to be in prison than would be expected given their proportion of the total population. As the UK Prime Minister Theresa May said, “if you’re black, you’re treated more harshly by the criminal justice system than if you’re white.”

When you talk about the criminal justice system you are talking about race.

Six months on and the theme of the Howard League’s bi-annual conference at Oxford University is Redesigning Justice: Promoting civil rights, trust and fairness.

According to the conference blurb, it will “shine a light on seemingly intransigent aspects of justice systems including what equality and legitimacy mean 50 years after the assassination of Martin Luther King and why prison is still so central to justice responses to crime.”

Bring it on. If ever there was a system in need of redesign it is the criminal justice system.

I am already at the conference when I realise that I am going to be presenting in a session called ‘minorities and justice’. I’m a white woman - there must be some mistake.

I mention this to one of the organisers, who said that I had used the word ‘indigenous’ in the abstract. Right…

Against my better judgement I turn up to my session ready to be the white person taking up space on a panel about minorities and justice.

I had already thought long and hard about presenting at this conference. I am the one attending from the small charity where I work in New Zealand because I am back in the UK visiting family while on maternity leave. The most exciting developments in criminal justice in Aotearoa New Zealand are coming from indigenous-led transformative change and the reclaiming of justice. But this is not my story to tell. I speak in some detail with board members and advisors about my talk, which becomes about the problem with reform, including the often inherent racism all in the name of good intentions.

I walk in and the other two speakers are white and so is everyone in the audience.

I can’t believe it. You invoke the anniversary of Martin Luther King’s assassination to sell your conference and then present an all-white panel on minorities and justice in the context of a racist criminal justice system.

The only silver lining is that there are nine parallel sessions so there are only about 10 people witnessing this debacle.

It was like no one else noticed that we were all white. They were just carrying on as normal, waiting for me to speak.

There was no elephant in the room until I put one there.

I acknowledged my identity as a white cis-gendered heterosexual woman with all the privilege that comes with that. Oh how enlightened of me. I am also Roma, a population hugely over-represented in UK prisons, but this is not something that is obvious when you meet me, so my pot of white privilege is full to the brim.

I talk about whether reform itself may be the problem. I say we should be asking, ‘justice for whom?’ I mention that, however well-intentioned, reform can create, perpetuate and deepen injustice. At this point I have an out-of-body experience as I look at the white bodies in the audience, reflecting white bodies working in law enforcement and prisons that contain disportionate numbers of Black and minority ethnic bodies. The words stick in my white throat.

I leave the (tiny) audience with a couple of things to think about:

Power - who has the power to redesign justice? Who is at this conference? Who is missing? Why are they missing?
Action - what is the action that you are going to take to contribute to the redesign? Do you need to consider the power that you hold in defining, presenting and shaping reform?

There is too much applause. Embarrassed, I politely try to listen to the other two speakers talk about the experiences of Muslim men in prison and a rights perspective on queer sex in prison. Both important issues, but I can’t see past the farce of this session and what it says about the conference, about criminology and about all of us who are complicit in perpetuating the injustice and the lack of voice and power that we claim to be fighting against.

Criminology, along with other academic disciplines like anthropology, has long been research and theory of ‘the criminal other’. “Research ‘with’ rather than ‘on’” is the way people tend to describe their work these days, but rarely does that mean sharing the power to shape research questions and conclusions.

In typical academic fashion the three presenters speak, and then it is time for a discussion. Talk is turning to specific details of academic research, which frankly seems irrelevant.

“Why are we all white?” I ask. Apparently this is a new question.

In her recent book, Why I’m no longer talking to white people about race, Reni Eddo-Lodge reflects that, “The idea of white privilege forces white people who aren’t actively racist to confront their own complicity in its continued existence. White privilege is dull, grinding complacency. It is par for the course in a world in which drastic race inequality is responded to with a shoulder shrug, considered just the norm.”

White privilege is having 17 of the 19 plenary chairs and speakers just happen to be white. White privilege is not questioning why so few people affected by criminalisation and people of colour are attending a conference that costs £330 for two days at the lowest rate.

White privilege is not centring anti-racism at a conference about redesigning justice.

I wasn’t sure whether to even write this at all. There were people at that conference who do centre anti-racism in their work.

Then I thought about Gary Younge, editor-at-large of The Guardian, author and the first Black plenary speaker at the Redesigning Justice conference. He spoke about the predominantly Black children killed by guns in America, on which one of his books is based. He said, “Black people are shoved to the bottom of the pile and blamed for being there”. He said, “none of this changes unless we resist”. And: “racism is more sophisticated than it was and those fighting it must become more sophisticated”.

If only you had been in that ‘minorities and justice’ session, Gary.

When I thought about writing this I thought about Reni Eddo-Lodge’s words: “White privilege manifests itself in everyone and no one. Everyone is complicit, but no one wants to take responsibility. Challenging it can have real social implications”.

She also says that 'seeing race is essential to changing the system.' But, of course, we have to go beyond seeing it and calling it out. I helped to create the all-white panel by being there, being on the panel, and speaking.

At the conference I questioned what actions would come from it and what would be different because of the discussions we had here. The chair of the session said this question had never been asked at previous Howard League conferences before … I kid you not. Then what were we doing here? 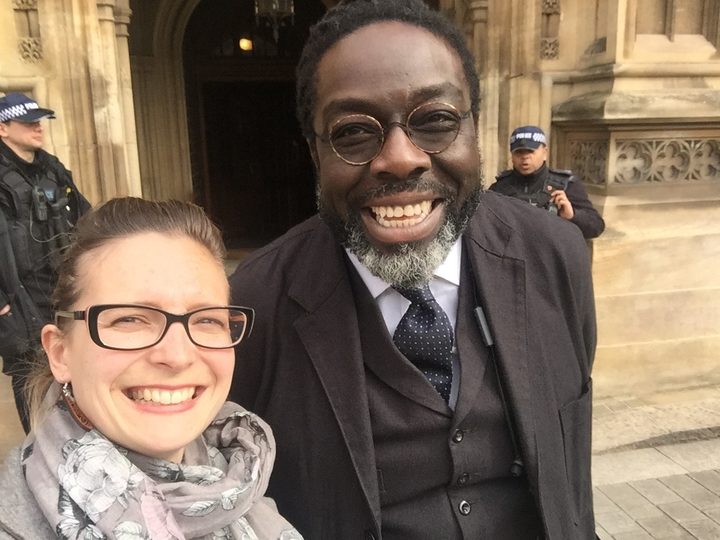 Victor is as straight-talking as they come. He says, "when you talk about the criminal justice system you are talking about race". He also mentions organisations like Black Thrive who are actively working to address systemic issues that have contributed to mental health inequities.

The Lammy Report was not created to sit and collect dust on a shelf. When David Lammy launched his report into racism in the criminal justice system he said: “Now is the time to stop talking and take action.”

At the conference I was disappointed in the Howard League, but I also took it as a learning experience so that I am not complicit in further perpetuating the injustices in the criminal justice system.

My commitments to anti-racism:

I realise all this is not enough, that it's radically insufficient given how broken our criminal justice systems are - and how broken our societies are. I'm also open to being told that I've approached these issues the wrong way, or that I could frame my response better. But I think it's time that all of us, especially people benefiting from white privilege in criminal justice, stepped up our game. Institutions like the Howard League, who have outsized influence and a longstanding profile, could lead the way. In fact, they've got no choice if they're really committed to justice in a meaningful sense.