'I didn’t realise that there could be so much power in femininity, when I had spent my whole life feeling degraded by it.' 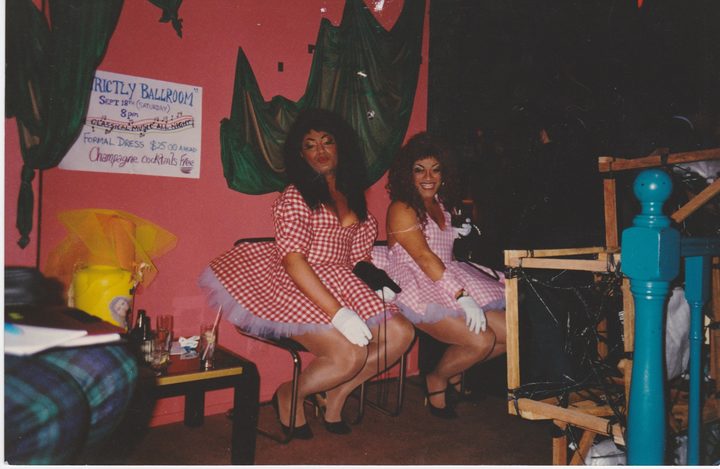 Bertha and Buckwheat at the Staircase nightclub, in 1988 Photo: supplied

Drag culture is a rebellion against the binary concept of gender, so it’s not surprising that performers have come to represent every shade of the gender spectrum - from trans to androgynous.

In New Zealand, drag has a particularly celebrated history of gender diversity, due to our privileged place within the Pacific and all of the unique gender expressions within it; fa’afafine from Samoa and Tokelau, fakaleiti from Tonga, fakafifine from Niue, akava’ine of the Cook Islands, vakasalewalewa  from Fiji and many more.

In the 1950s, when levels of migration from Samoa to New Zealand began to increase, fa’afafine brought with them concepts of gender diversity. Thus some New Zealanders were introduced to the idea of gender as a spectrum well before many other parts of the modern world would even begin to acknowledge this. But for the most part, traditional western concepts of gender being male and female prevailed, leading some fa’afafine to try to conform to conventional expressions of masculinity.

Later, gay and drag culture became a haven within which fa’afafine could express their gender identity, a safe place for a group who had moved from a country that accepted them, to New Zealand - where they were shunned and scorned for simply being themselves. 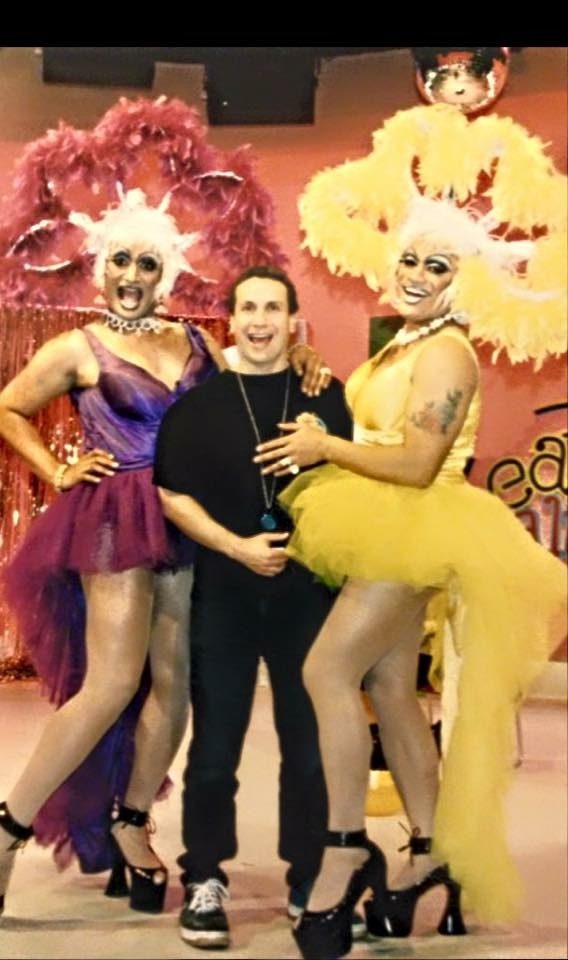 Bertha, Tagata Pasifika producer Stephen Stehlin and Buckwheat on the set of the "Eaten Alive" game show in 1998 Photo: supplied

Buckwheat is undoubtedly one of the pioneers of New Zealand drag, having performed here and around the world since the late 1980s.

Though she identifies as fa’afafine, she says having grown up in New Zealand, hers is a very different form than that which traditionally exists in Samoa.

The literal translation of fa’afafine is ‘in the manner of a woman’, meaning any Pacific man who presents feminine qualities tends to be considered fa’afafine in Samoan culture.

Buckwheat says if she grew up in Samoa she probably would have lived as a woman – whereas, having grown up in New Zealand, she lives as a gay man.

Performing as a drag queen is inherently ‘in the manner of a woman’, so most Pacific drag performers are automatically assigned the label fa’afafine within Samoan culture.

But for Samoan New Zealand drag performers, whether or not they are fa’afafine is a matter of self-identification. Some will identify as fa’afafine in and out of drag, and for others it will not fit with their sense of self. 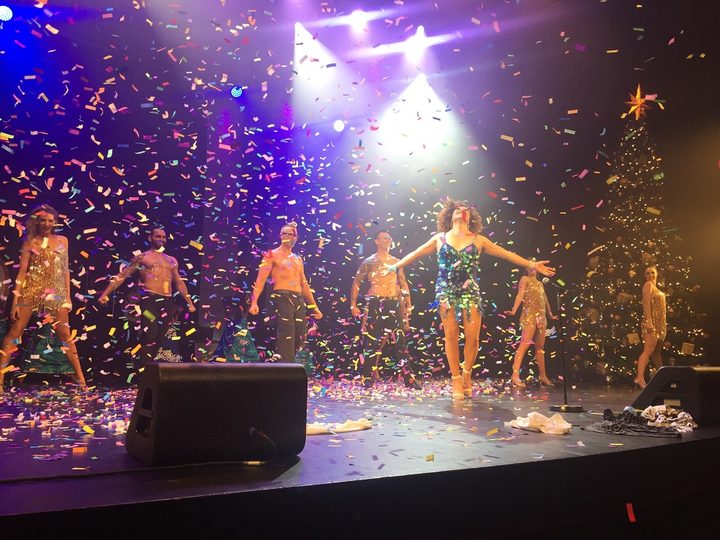 As her name suggests, Cindy of Samoa grew up in Samoa.

The prominent fa’afafine performer does drag shows in which she wears feminine costumes and makeup.

But she’s not a drag queen.

Although Cindy doesn’t identify as a drag performer, she is often categorised as one – simply because that is the easiest way for most people to understand what she does.

Cindy was a professional entertainer in Samoa. But it was only upon touring New Zealand in the late 1980s and attending a Buckwheat and Bertha show that she discovered drag performance. She has since become a significant part of the scene, and hosts her own shows at SkyCity in Auckland.

As well as inspiring Cindy, Buckwheat and her performance partner Bertha inspired a whole new wave of fa’afafine drag performers. Following their entrance into the scene in the 1980s, there was long period where drag was 70 percent Pacific and 30 percent pākehā performers.

Buckwheat says this new wave of fa’afafine performers thrived only because of the first wave of Samoan immigrants, who had fought for the acceptance of fa’afafine people in a country where men being effeminate wasn’t tolerated.

“With those early pioneers in the 1950’s, it must have been really hard for those fa’afafine that arrived here - having lived their lives freely and then to come here and have to change everything about yourself.

“I take my hat off to them, because I know that if they hadn’t been here, it would have made my journey not as easy. And now what we do makes it easier for the next lot.”

The “next lot” of fa’afafine drag performers is represented most prominently by the Auckland collective Fafswag – a group of incredibly talented, artistic, young fa’afafine performers and artists. 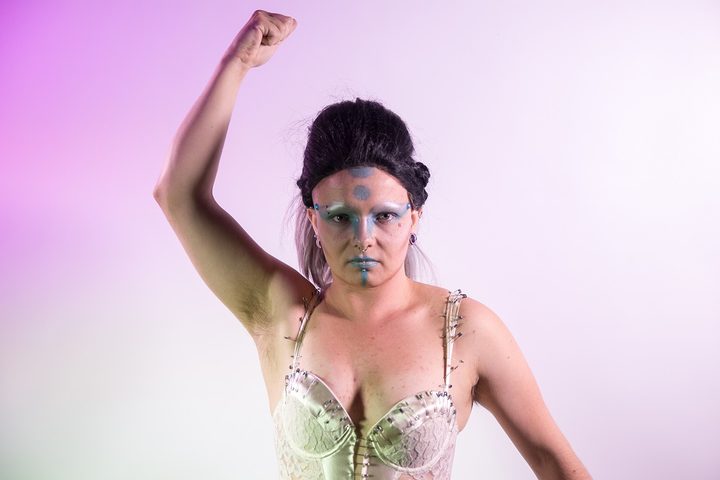 As well as preparing the way for young fa’afafine performers, pioneer performers such as Buckwheat and Carmen readied the scene for a new wave of gender diversity in New Zealand drag, including trans performers.

The inclusion of trans performers in drag culture has been a contentious issue among drag queens internationally. Some have resisted the inclusion of anything other than cis men in the drag queen community.

Adrian Renor is a trans man who performs as a drag queen in Wellington. Their drag persona is Tess Tosterone - an anarchist, “feminist as hell”, woman in combat boots.

Although Tess has suffered some resistance from older drag queens in Wellington, they think the scene is generally very accepting of trans performers, and certainly more so than many other drag communities around the world.

“I think it is more inviting because the New Zealand drag scene tends to be more about ‘gender-fuckery’, with a wide range of gender presentations and androgyny – rather than the typical man dressed as women with blue eyeshadow all the way up to their eyebrows,” Tess says.

Tess says there is only a handful of trans performers in the capital drag scene, however, the community is also made up of a wider array of gender identities including non-binary people and androgynous performers.

Tess first got into drag several years ago, despite some reservations about how performing as a woman would affect their psyche, being two years into their transition. Another concern was how they would be received by people in the drag community.

“I was worried that people would think, ‘if you want to be a boy so bad, why are you wanting to dress up like a girl?”

Though there have been some comments along these lines within and outside the drag scene, to them Tess responds: “This is a choice now!

“The difference between me being a trans guy and a drag queen, is that I can take my makeup off at the end of the night and still be me.”

Tess does dabble with a drag king character called Quinn, but ultimately, Tess decided to perform as a drag queen to express some of their unresolved issues from their time as a woman.

“I have 18 years of my life that I spent identifying as a woman, and I am a feminist, having been raised in this misogynistic society. I still have this connection to being a woman and all of this leftover rage [at how women are treated].” 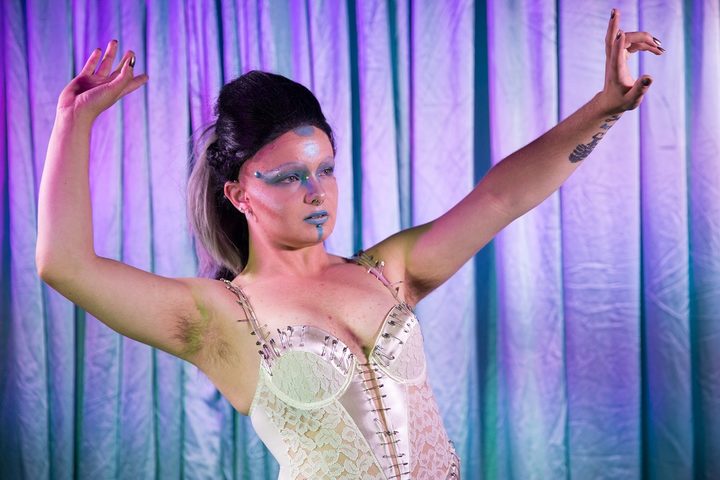 “There is a lot of power in drag. I didn’t realise that there could be so much power in femininity, when I had spent my whole life feeling degraded by it, and pushing it down and away from myself.”

More often than not, the reaction Tess provokes in audience members is confusion, as people try and grasp the gender complexities of a trans man performing as a drag queen.

“I take my clothes off in my act quite frequently, and I still have breasts. I see it as a pretty good power statement when people are watching me and wondering ‘how does she get her contour to bounce,” Tess says.

“People also often think that I am really good at tucking – but really I have just taken off my penis and left in my bedside drawer at home.”

Tess says that there are some expectations of drag that she isn’t comfortable with, but the flexibility of New Zealand’s scene means she can subvert a lot of those drag queen staples.

“For instance, I don’t shave my legs for drag. Because I have worked damn hard on growing this leg hair. I have paid money for this leg hair – so you’re going to see this leg hair.” 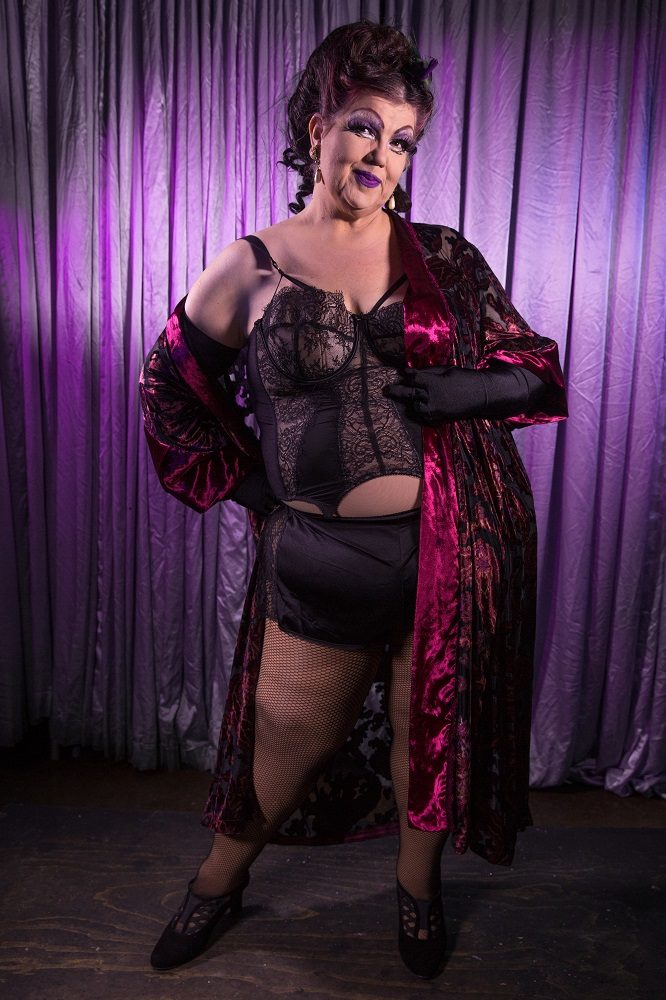 A growing niche of the drag community is kings and queens performing as their own gender – I.E, men performing as drag kings and women as drag queens. Bio queens duck in and out of the scene -  there are only about 10 consistently working bio queens in Wellington and several dozen across the country.

Constance Craving is one such drag queen. She entered the scene two years ago, at the age of 51, after seeing a queen performing in a burlesque night and feeling “extreme FOMO”. Having worked as an emcee in the burlesque scene for many years already, Constance says she was already close with a number of queens who encouraged her to give it a go.

Constance considered performing as a drag king, but the more she reflected on it and discussed it with other drag performers, the more resolute she was that performing as a queen was the right thing for her.

Though it is an accepted nomenclature, Constance doesn’t like the term bio queen, because she thinks it sound like a cleaning product. She prefers the title ‘lady queen’, though she notes this is a little limiting, as it excludes men who perform as drag kings.

Like trans performers, same-gender drag performers also get a hard time from some members of the community. Constance says younger queens are far more accepting of bio queens, with the new-wave attitude being that anyone can be whatever they want to be. Some older, more experienced queens, however, are more dismissive.

“I have had older drag queens, mostly on Facebook, question my validity as a drag queen because of my biology.

Constance says she had a particularly heated conversation with one older drag queen, where she couldn’t help but highlight the irony of this queen’s dismissiveness.

“The men who became drag queens appropriated female culture and twisted it around to become something new. But then when we, as women, want to play around with it, they tell us ‘you can’t play with this, it is ours’.” 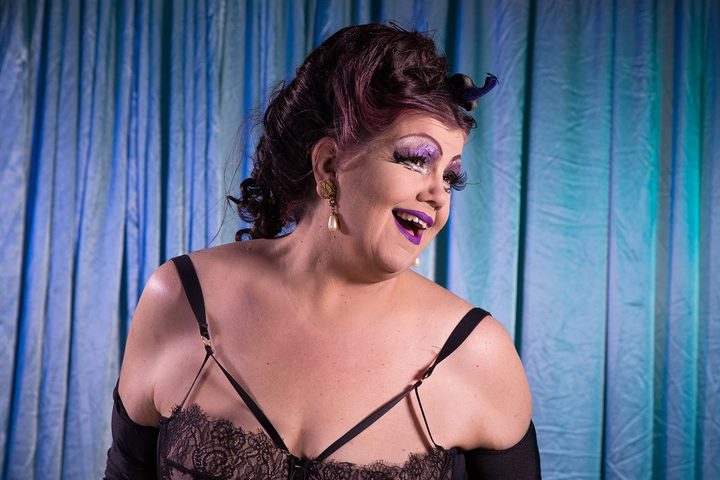